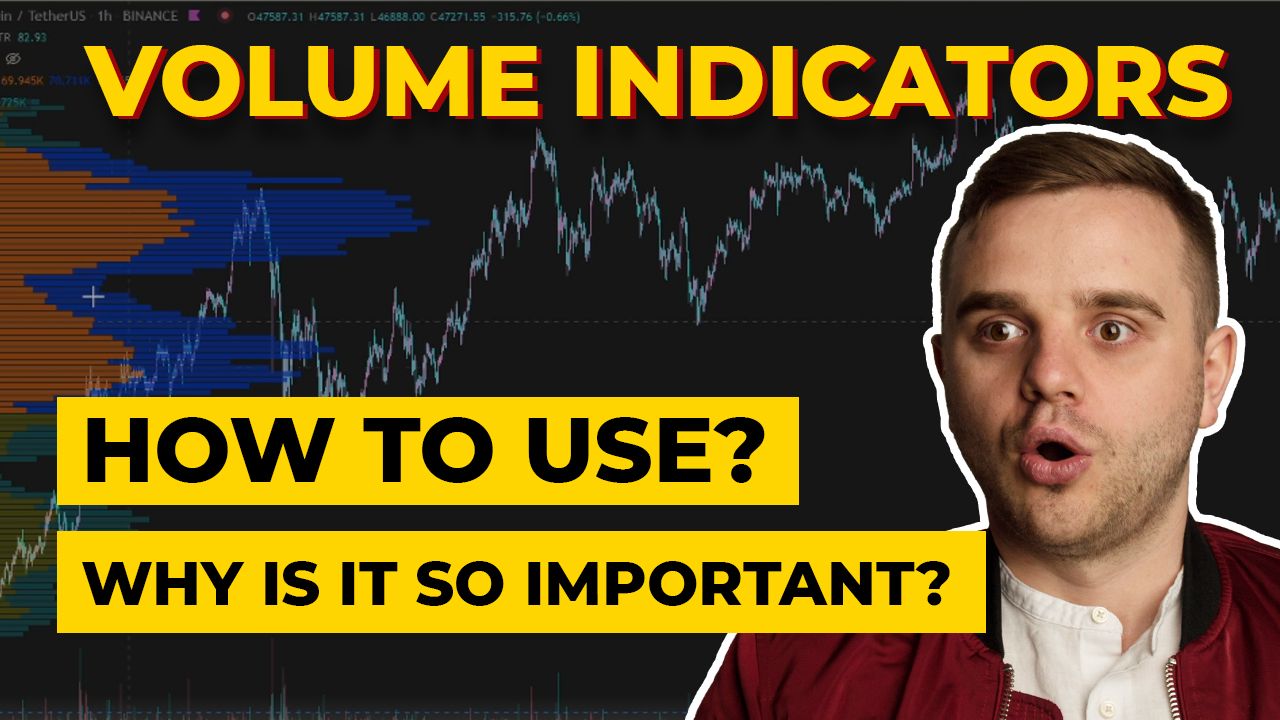 Volume is a number that shows the number of contracts that have been bought or sold at a particular point in time. For example, if a buyer buys one futures contract, then the total volume information in this candle is added +1. The candlestick becomes green or red, depending on whether more contracts were sold or bought.The market price changes under the influence of two main factors – supply and demand. For this reason, the analysis of almost any instrument of the futures market is carried out by taking into account the volume of sales and purchases formed during a certain period of time.

The analysis of market volume has a determining value in the process of making transactions in the futures market, because it is possible to determine to what extent the market is interested in a particular price level. This type of analysis assumes the identification of price levels at which the largest number of transactions took place for a particular type of instrument. At such points, usually the highest level of the market participants’ interest in a certain price is formed. If you consider the process in the complex it becomes clear that the market movement occurs from the previous price level to the next one, and in fact – from one large volume to another.

Horizontal volume . Shows the degree of interest of large exchange players in the price, which is at this level.

Vertical volume . Indicates the degree of interest of the players (the number of contracts or deals) for a certain period of time. They are not tied to the price levels.

Horizontal volumes are displayed on the chart as a level scale. You can use them to determine the price near which market participants have made the maximum number of trades. The strongest and most significant level is easy to determine visually. It will be represented by the longest bar. 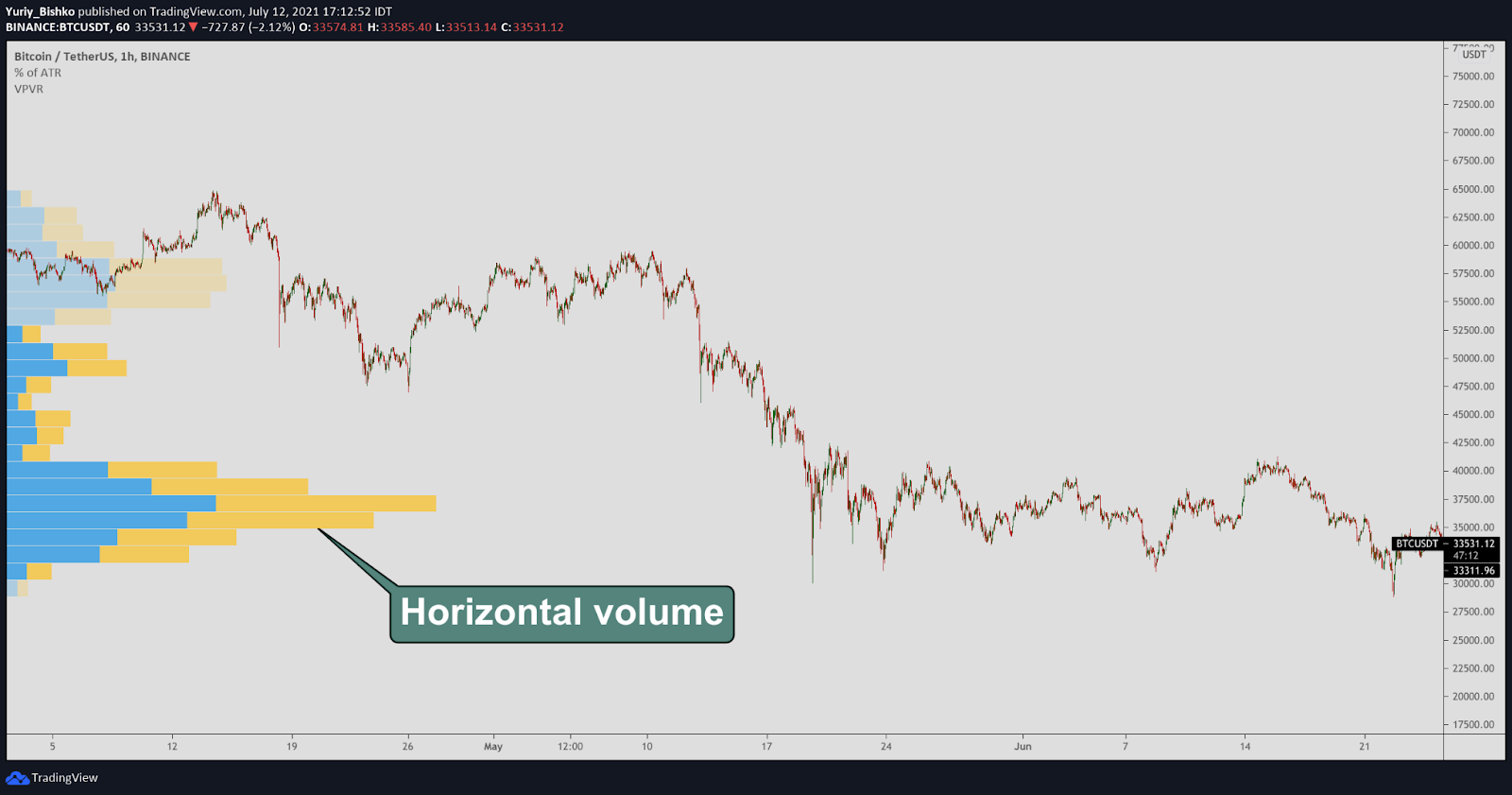 Horizontal volume allows you to see how the volume accumulates at different price levels. What does it give the trader in fact?

Vertical volume is an indicator that allows you to see the strength/weakness of the movement, trend reversal points, as well as price behavior in certain market phases. 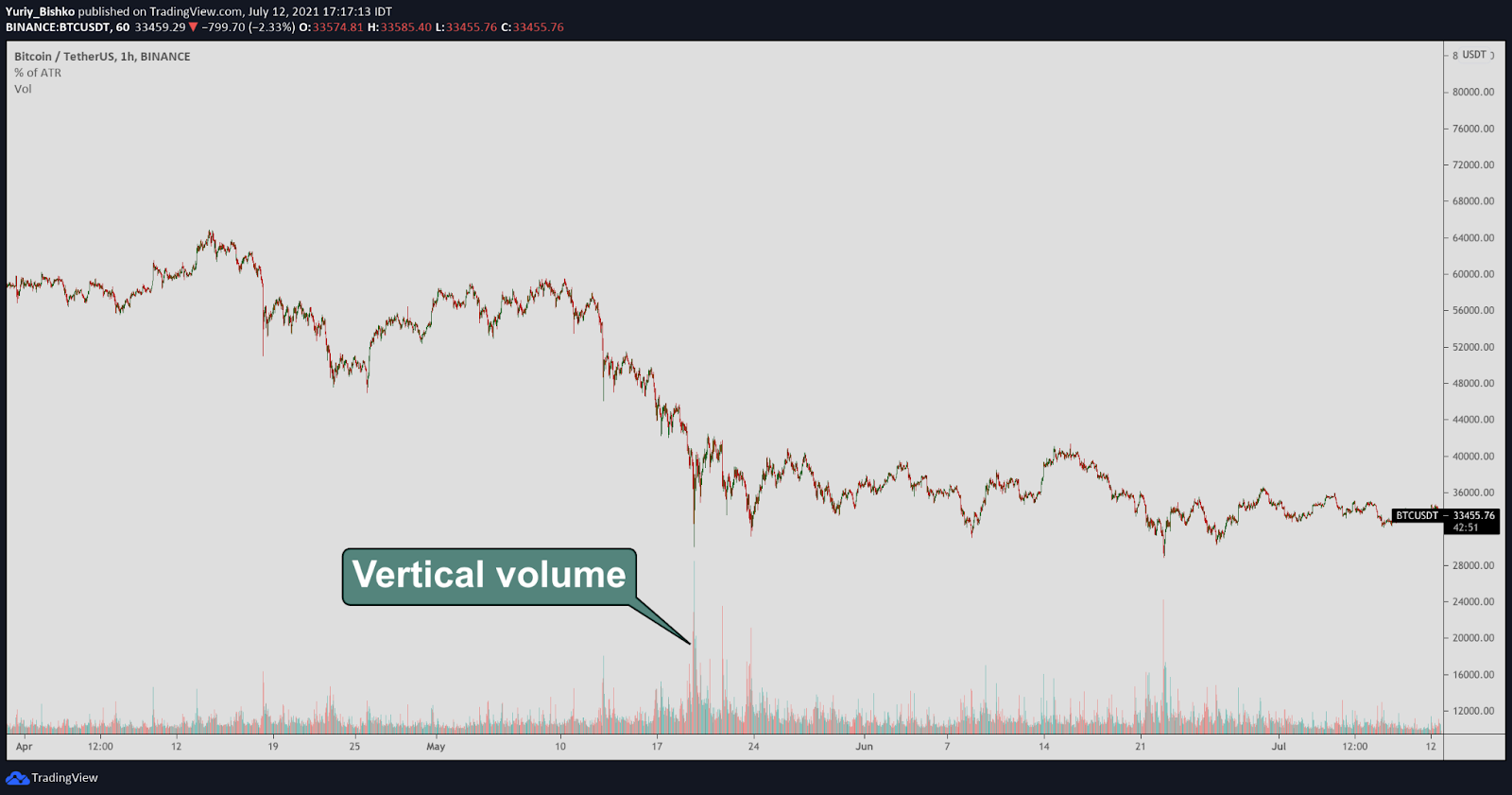 Using the vertical volume, the user can comprehensively analyze the behavior of the trend. To do this, you just need to know two very important rules:

If there is a high volume figure in the market, then you can expect a prolonged and powerful price movement in the corresponding direction. As mentioned above, this is due to the fact that the value is directly related to the amount of finances “poured in” by large users into one or another direction for the movement of the selected asset;

However, if there is a strong movement of the price line, which is not supported by commensurate trading volumes, you should expect a rapid change in the direction in which the value is moving.

Attentive traders may have a question: how the price moves in a certain direction, provided that the market does not have the appropriate vertical volume. This phenomenon can be very easily explained in a real-life situation. For example, when driving a car, the driver keeps his foot on the gas pedal for a while so that the car picks up speed. However, after the driver releases the pedal, the car will still continue to move and will not stop until some time later.

This phenomenon is called inertia and does not only apply in physics. Value is quite inert to the volume moving it. That is, if the vertical volume is high in the market, the price line will move in the appropriate direction for some time. However, it will not stop after the driving force fades, moving the same way for some time. Using this pattern, the user can identify potential reversal points of the market trend.

The volume is the basis for the movement; a trend cannot start without a large volume injection into it. If market participants are not interested in the movement, they will stop pouring volume into it and, accordingly, the movement will get weaker and outlive itself.

If you want to see real examples of how volume indicators work on a chart, go ahead and watch this video: