Any strategy is based on a specific trading idea or market pattern. Breakout strategy is used in trading from key levels of support and resistance. The meaning of the breakout level strategy is to catch the movement at the moment when the price exceeds certain key levels. In this article, we will tell you what a level breakout strategy is, how this strategy works, and give examples.

To trade this strategy, it is very important to correctly find the important levels of support and resistance, this is what will help to enter at the beginning of the momentum and catch the price movement, and it is them that your statistics of profitable transactions will depend on.

What is a level breakout?

Closing above the support or resistance level in older timeframes, i.e. 4 hours and above, is usually considered a level breakout. But when it comes to trading on smaller time frames, given the level of volatility, it is not necessary to expect the trading candle to close. A large number of traders, despite the timeframe, open bids immediately after crossing an important level. In this matter, it is very important to follow the rules of your personal strategy.

Why does a level breakout work?

It is best to show why and how a level breakout works on a real example. 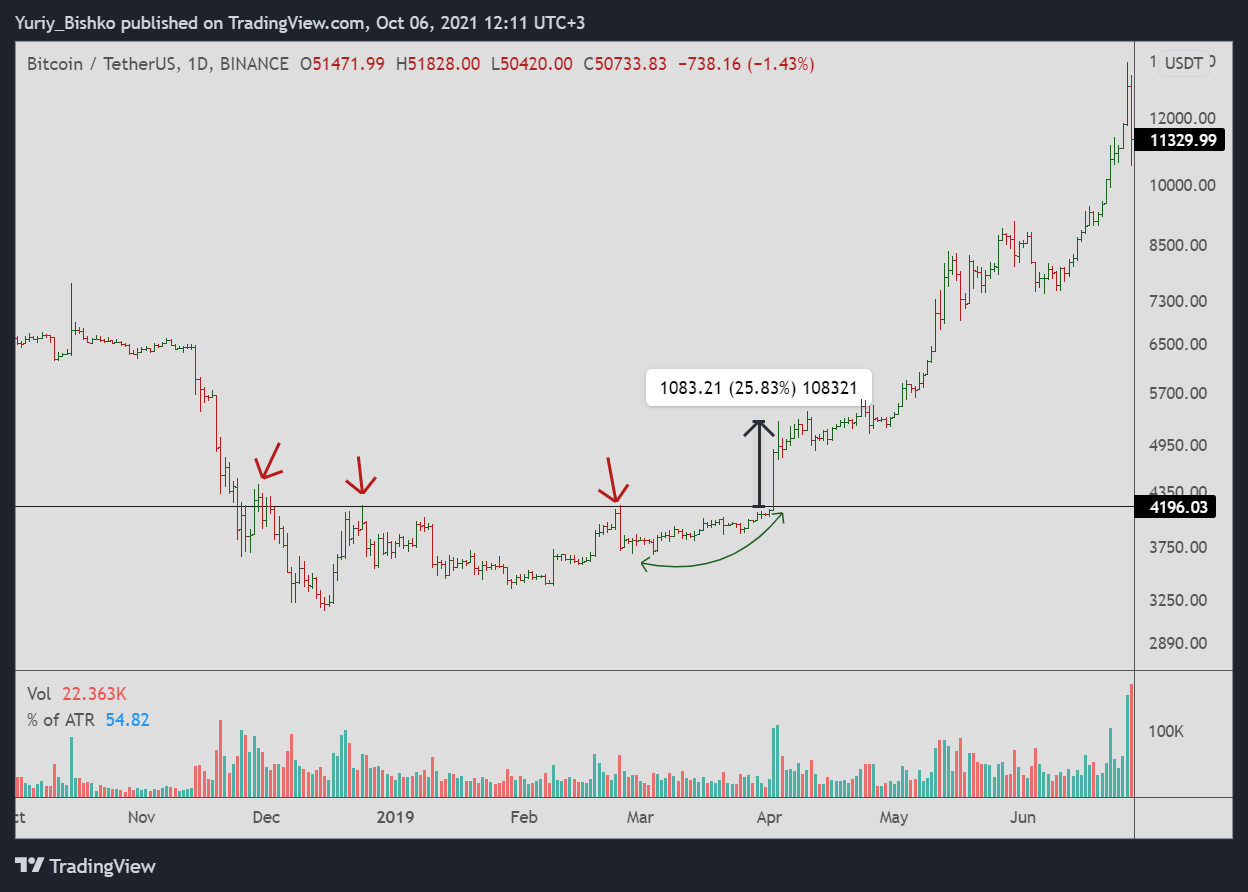 The chart above shows an important key level of $ 4196. This is a strong level, it was formed in the bigger timeframe, namely in the daytime. How to understand that this level is important, and you need to work with it? We can see how the price has come several times and tested this level as a strong resistance. After that, the price gradually rose below this level, broke it and immediately there was an impulse of 25%. Everything is quite simple, and the breakout system works on this principle.

Now let's move on to the most important question, why exactly the level breakout works so well. Usually all traders on the chart see the same levels. Some participants bet that the market will fall, take short deals from the level, while setting their stop losses on the level, as they believe that the price will not be able to overcome this level and will fall.

Some participants place their buy orders immediately after the level, as they believe that the price will rise after the breakout of the level. At the same time, other market players sell or buy an asset, regardless of these rules, or following their own rules. At some point, the number of buyers exceeds the number of sellers and the price moves closer and closer to the level. As soon as the price crosses an important level, all orders are automatically triggered, which leads to a strong momentum.

The breakout system works not only with horizontal levels of the graph, but also with other patterns and formations, such as the trend line, triangle, etc. We will now look at other examples to help you understand this model even better. 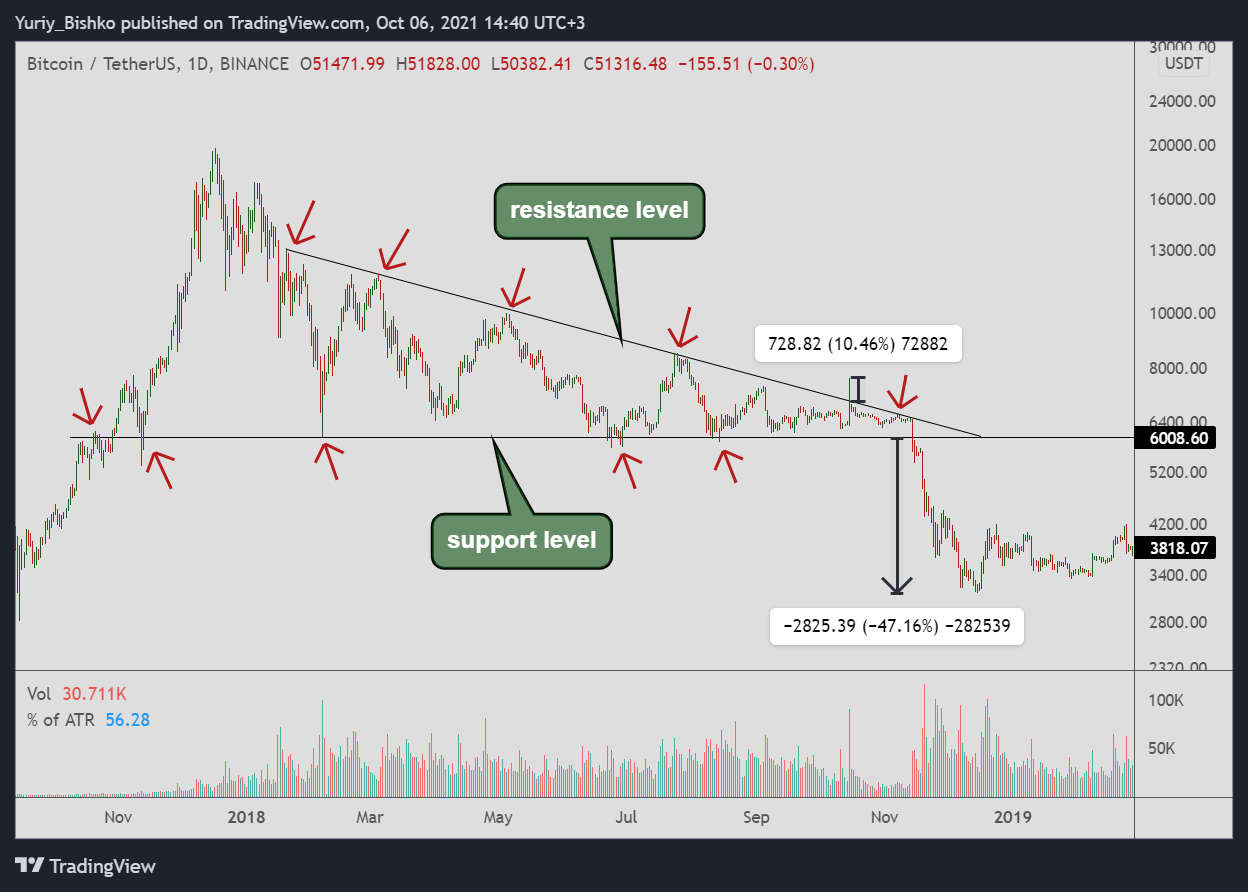 In this chart you can see the triangle pattern. Like most other formations, it consists of a support level and a resistance level. According to the rules, the breakout of one of the levels leads to a movement of the price in the appropriate direction. If you opened a position for a support breakout, you could potentially take up to 50% of the profit. 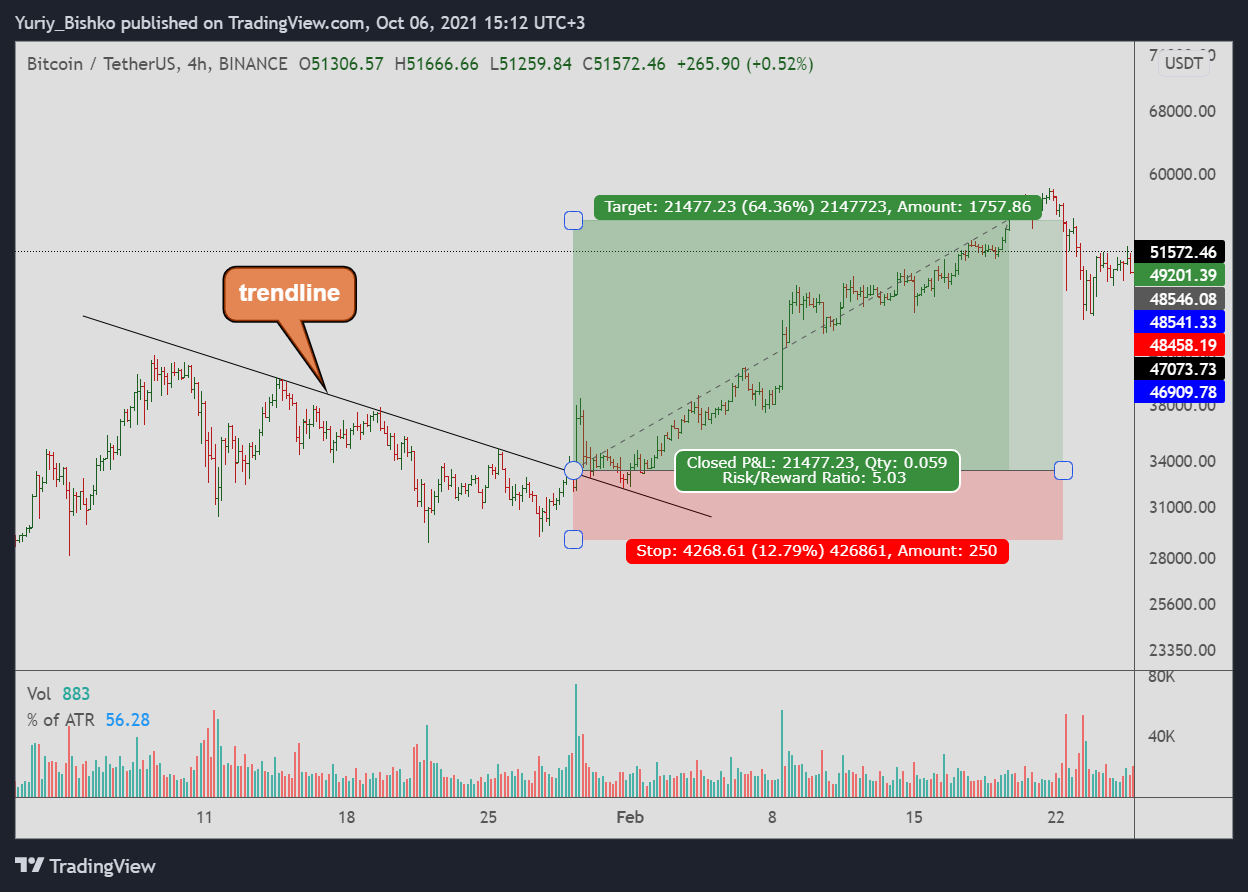 Another example you can see in the chart above is the breakout of the trend line.

The price tested this level several times, after which there was a breakout, retest of the trend line as support, and continued growth.

The breakout strategy is used by a very large number of traders. This is a fairly simple system, if used correctly, it will allow you to be a profitable trader and make money in any market today. But because so many people use this strategy, big players often manipulate and use it for their own purposes, causing many newcomers to lose money. 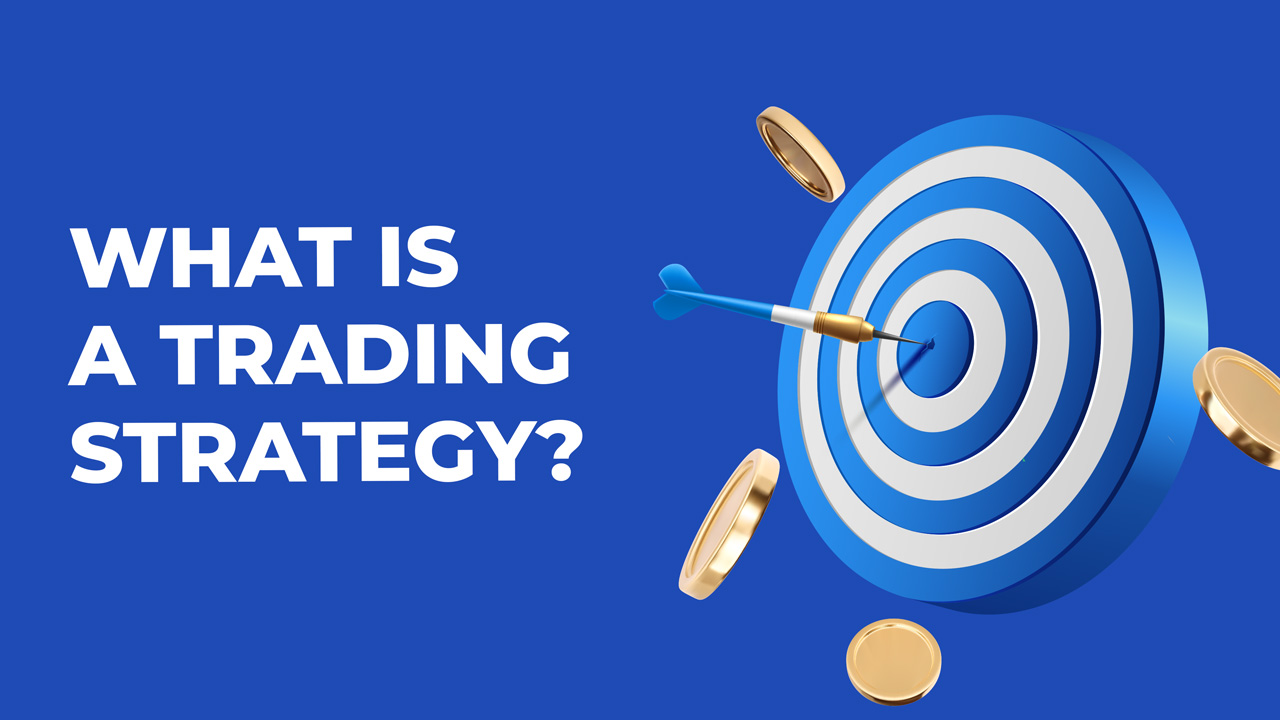 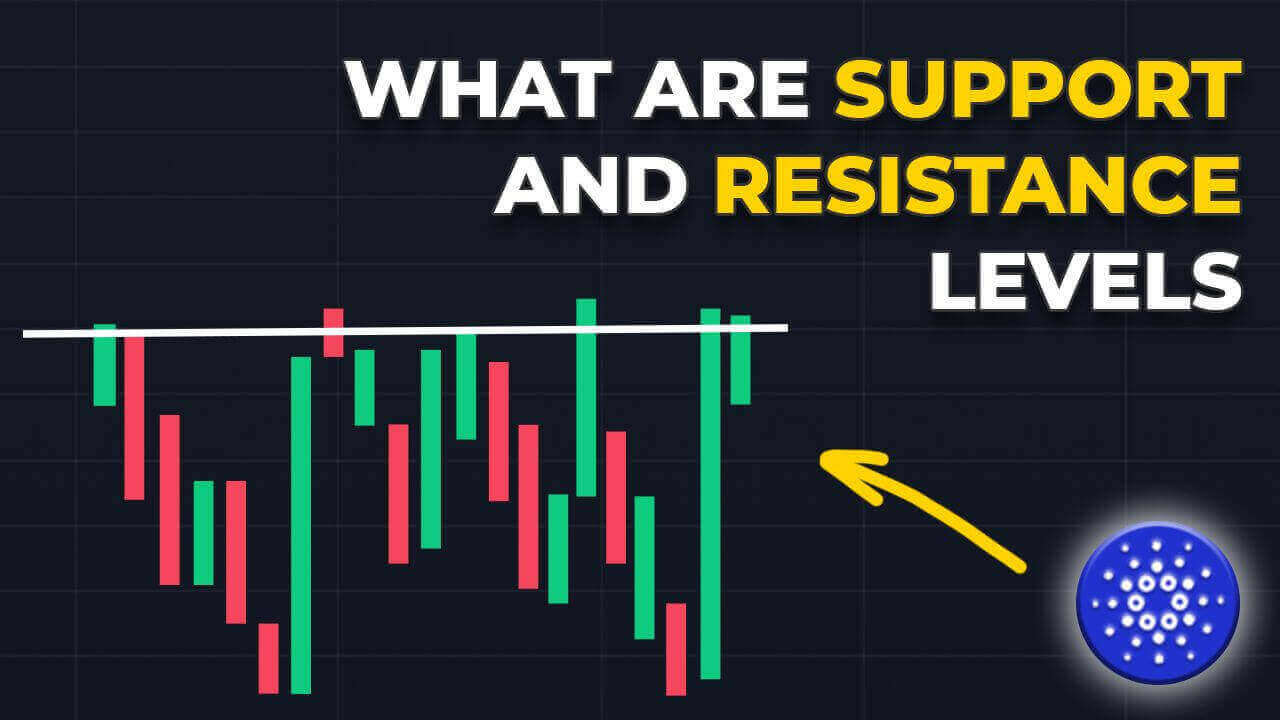 Support and resistance levels in crypto trading: how to identify it?