Head and Shoulders Pattern: how to find an draw the head and shoulders pattern

In the last two articles, we learned how to properly trade a triangle and range pattern. So we continue our series of educational articles. In this article, we will look at the `head and shoulders` pattern.

But we will answer such questions as:

What is a head and shoulders pattern?

Despite the fact that this figure is considered quite common, in fact, the pattern is rare on the chart in its pure form. In general, the head and shoulders are considered a reversible figure. The figure consists of three consecutive vertices, the middle and highest vertex - the head, the other two - the shoulders, they are lower and approximately equal. Under all three peaks there is also a support line, which is called the neckline. 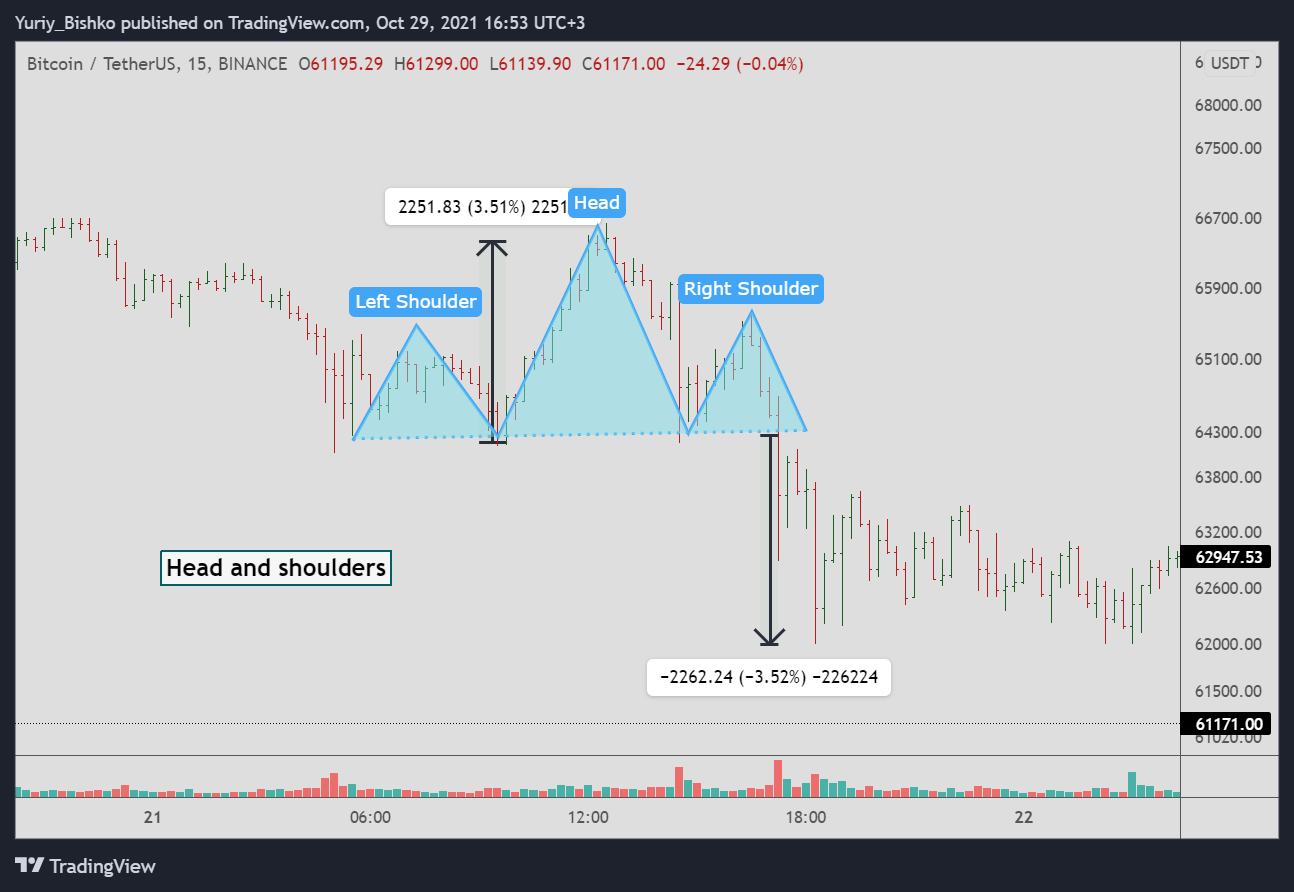 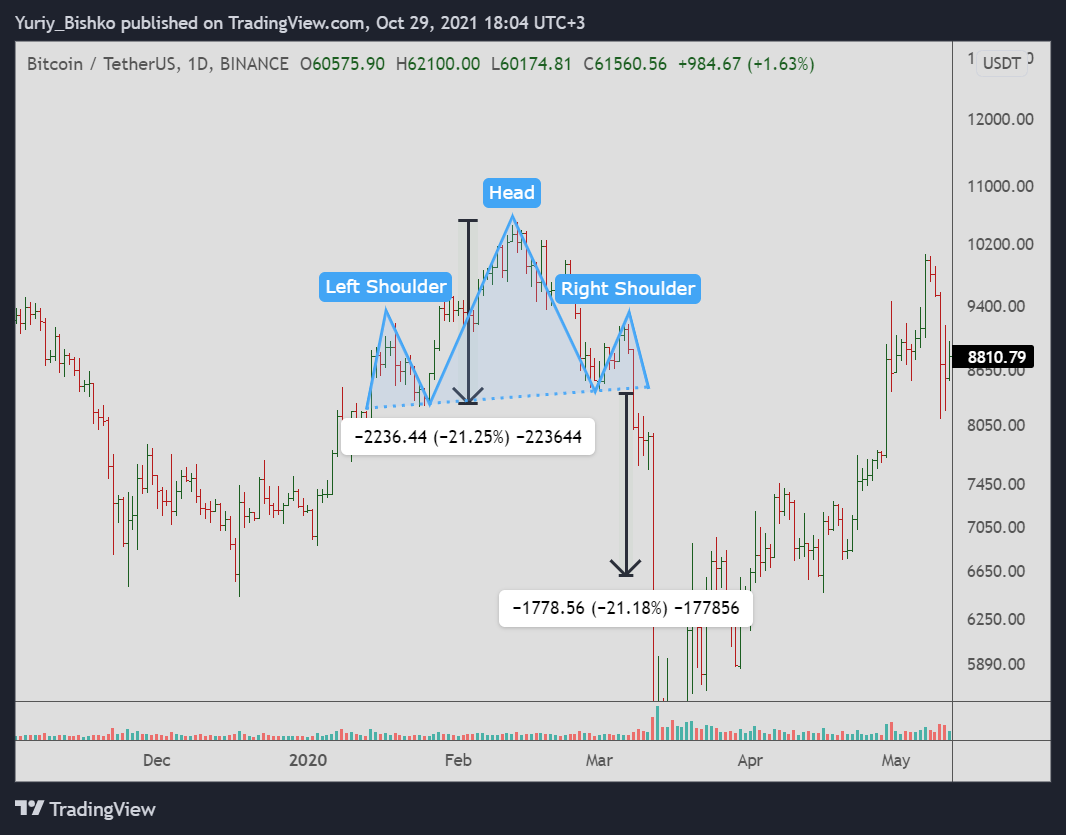 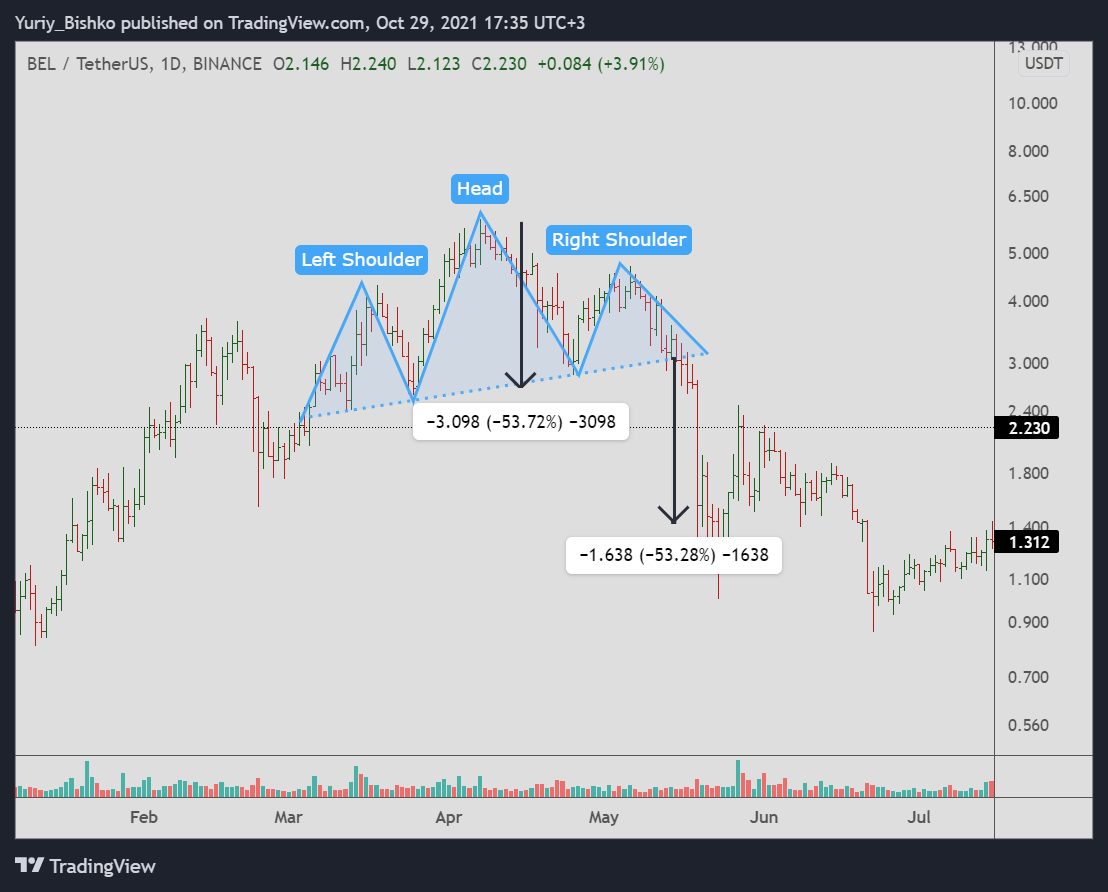 In trading, it is very rare to find perfectly formed patterns, as they are depicted in pictures. You have to understand that in real trading, everything is more complicated than in the pictures, and in order to identify different trading structures, you need some experience. Therefore, in the charts above, we have prepared real examples that you will most often see.

It is also worth noting that this figure is reversible and is often found in the inverted form, at the bottom of the market, which is a signal to the end of the downward trend and the transition to the growth phase. 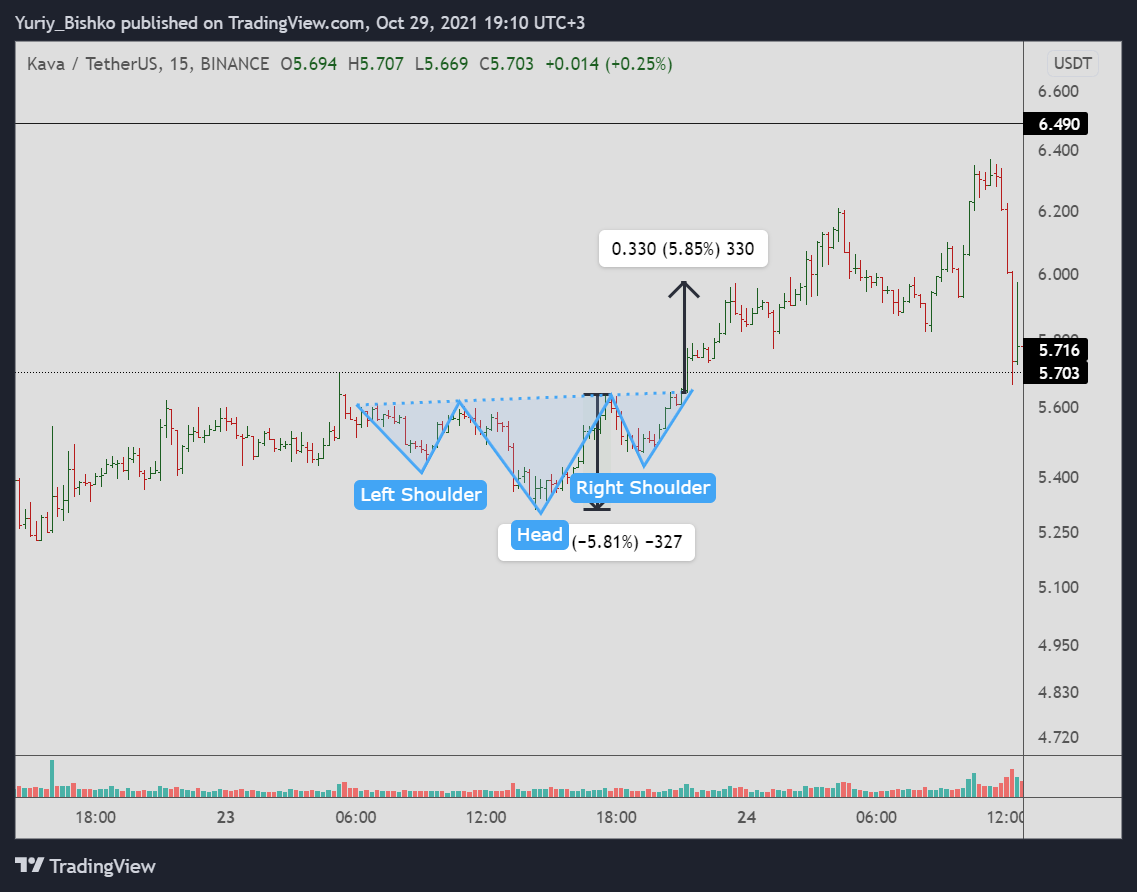 How to trade a head and shoulders pattern?

The first way, as soon as you find the figure, and the right shoulder has formed, you can look for the entry point for the sale order after the breakout of the neckline (support). The stop loss is placed above the level, or above the right shoulder, depending on your risk management.

The level of profit is calculated as follows: it is necessary to measure the distance between the head and the neckline, and then place the take profit at the same distance from the neck line in the direction of the breakout.

The second way to trade using a regular head and shoulder shape is to wait for the neck line to retest after the breakout. The stop loss is placed above the level, or above the right shoulder, depending on your risk management. The level of profit will remain the same as in the first method. 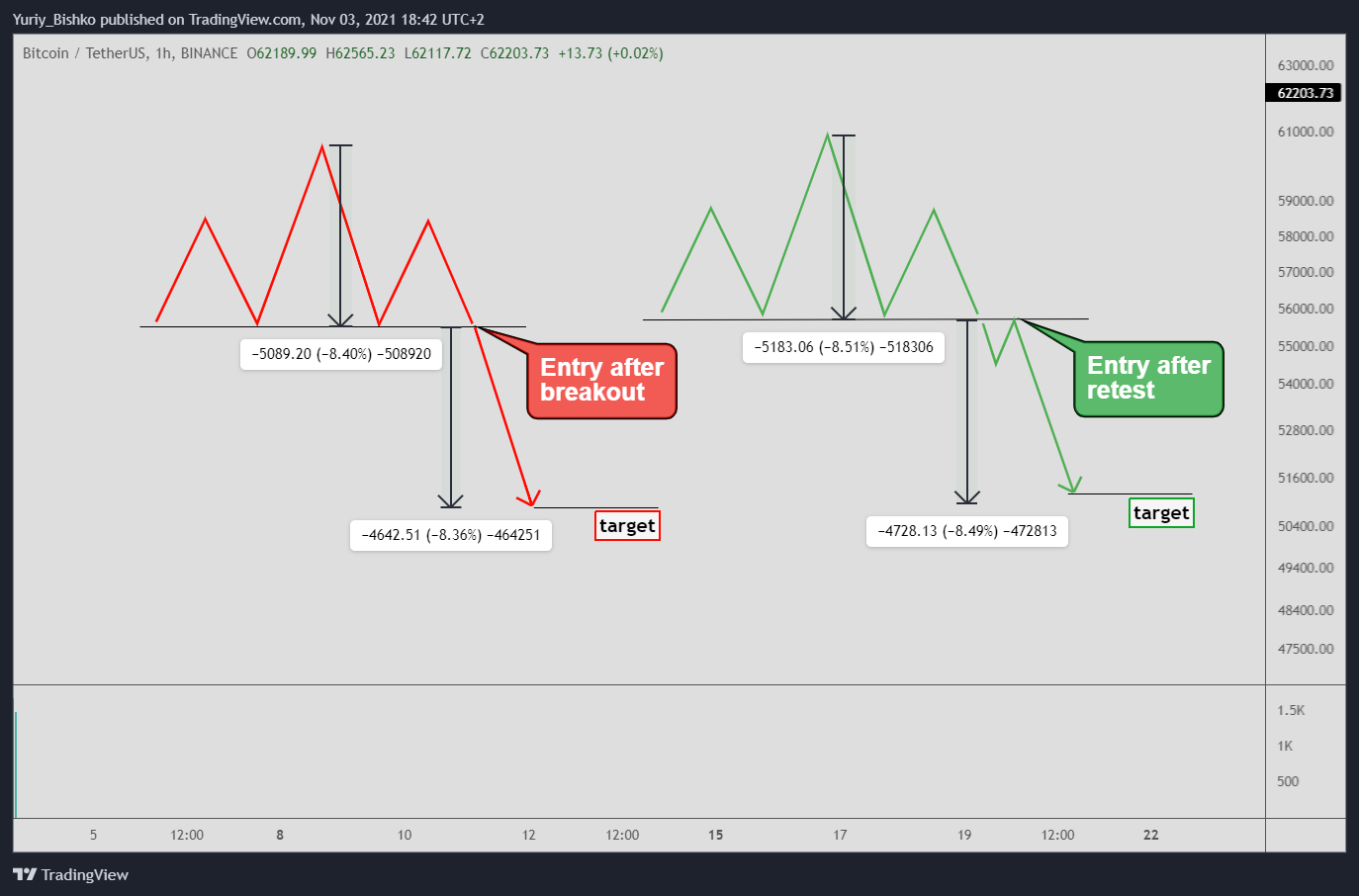 The head and shoulders pattern is a reversible figure. It usually appears at the highs or lows of the trend. Enter the position after a breakout or retest of the support line as resistance. The goal is the height of the middle top (head). 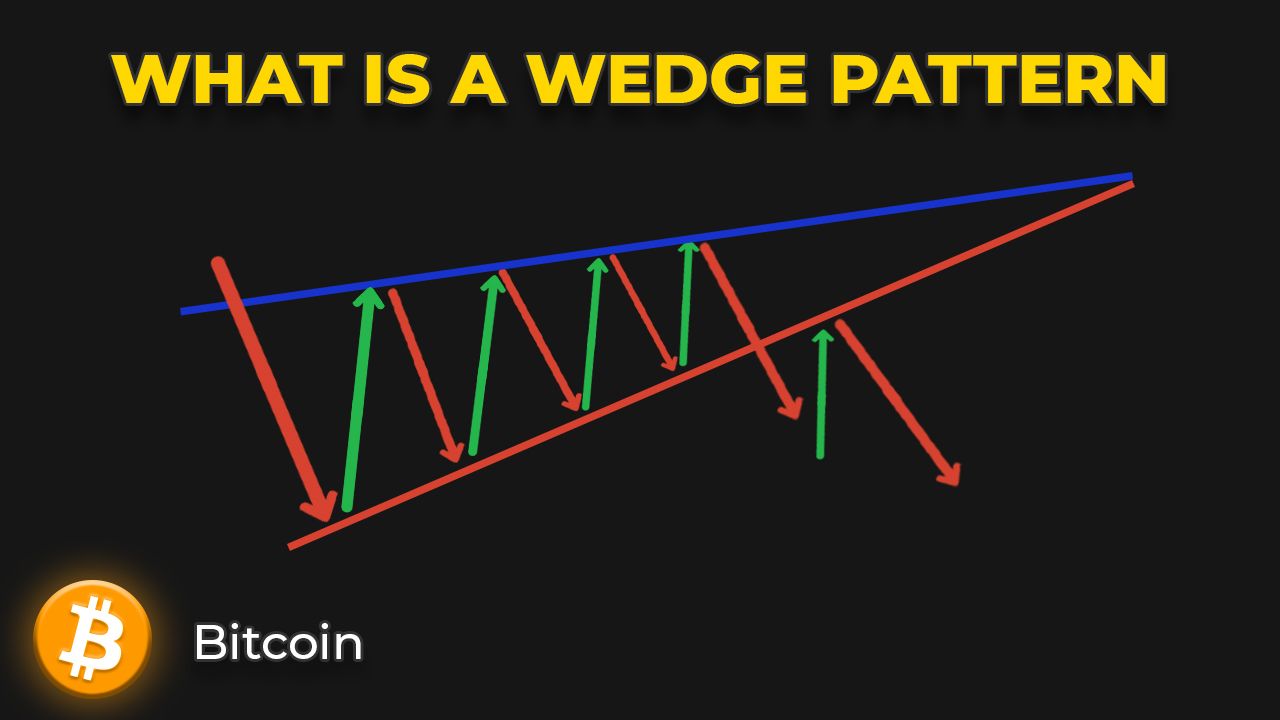 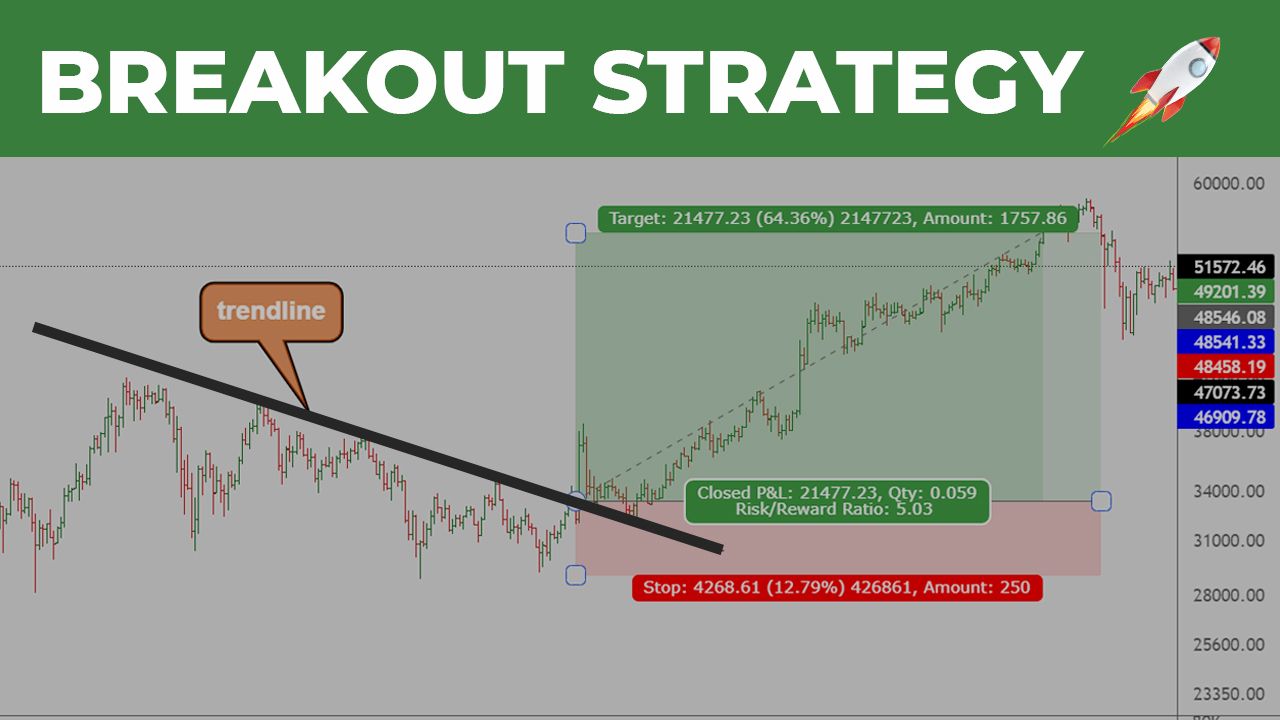