Risk management for scalping. How to save your deposit

You've probably heard the statistic that 90% of traders lose their deposit in the first 3 months.  Sometimes it's pocket money, sometimes salary, and sometimes life savings.

Once I saw a message in a traders group from a frustrated 55 year old man who had lost all his savings of the last 20 years of working as a security guard in a supermarket in ONE MONTH of trading crypto.

There are plenty of stories like that, and I give you my word that most of them happen due to a lack of risk management.

What is risk management?

Risk management is the rules for limiting losses of one's capital over a certain period of time, so as not to lose a substantial part of the deposit in a single day or week.

Where there are no rules, there is chaos; where there are rules, there is order. When a trader has no rules, he's just gambling. That's what happens to most beginners - they hear that there's some cool coin worth buying, and in a month they'll be driving a Lamba and moving to a mansion on the Côte d'Azur. Such a newcomer may indeed be lucky at first, and he will attract dozens of other hamsters with his success, but there is a problem with such a strategy: the math.

There is never a 100% guarantee that any asset will grow; there is always a chance of failure.

Question for you: if there is a 10% chance of losing, is it worth risking your entire deposit to double it with a 90% chance? In a vacuum yes, but let's imagine that the same opportunity happens again. Would you take that risk? What about the next one?

This is how we come to the rake that almost all beginners step on. Even if the chance of losing money is negligible, repeating this situation over and over again can go as high as 100%. Go to Reddit WallStreetBets and you can easily find dozens of stories of people who were lucky in the beginning when they only had $20,000, and then they lost everything they gained in one day (sometimes it was millions of dollars).

Even the smartest person gets dizzy from a huge sum, and without strict rules such a person will 100% lose his deposit in trading.

What happens after a trader loses his deposit?
It may sound paradoxical, but in such a situation a trader experiences the “7 stages of accepting death”.

Joe got interested in crypto a month ago when his brother told him at a family dinner that he managed to buy himself a new car for bitcoin profits. He told Joe how to sign up for an exchange and helped him make his first deposit of $1,000.

A month later Joe figured out how to open positions on Binance and learned how to use free trading ideas from TradingView. With their help he managed to double in the first week by buying a coin in the game and, believing in himself, he decided to play big, pouring the family's $10000 savings into his account, secretly from his wife. 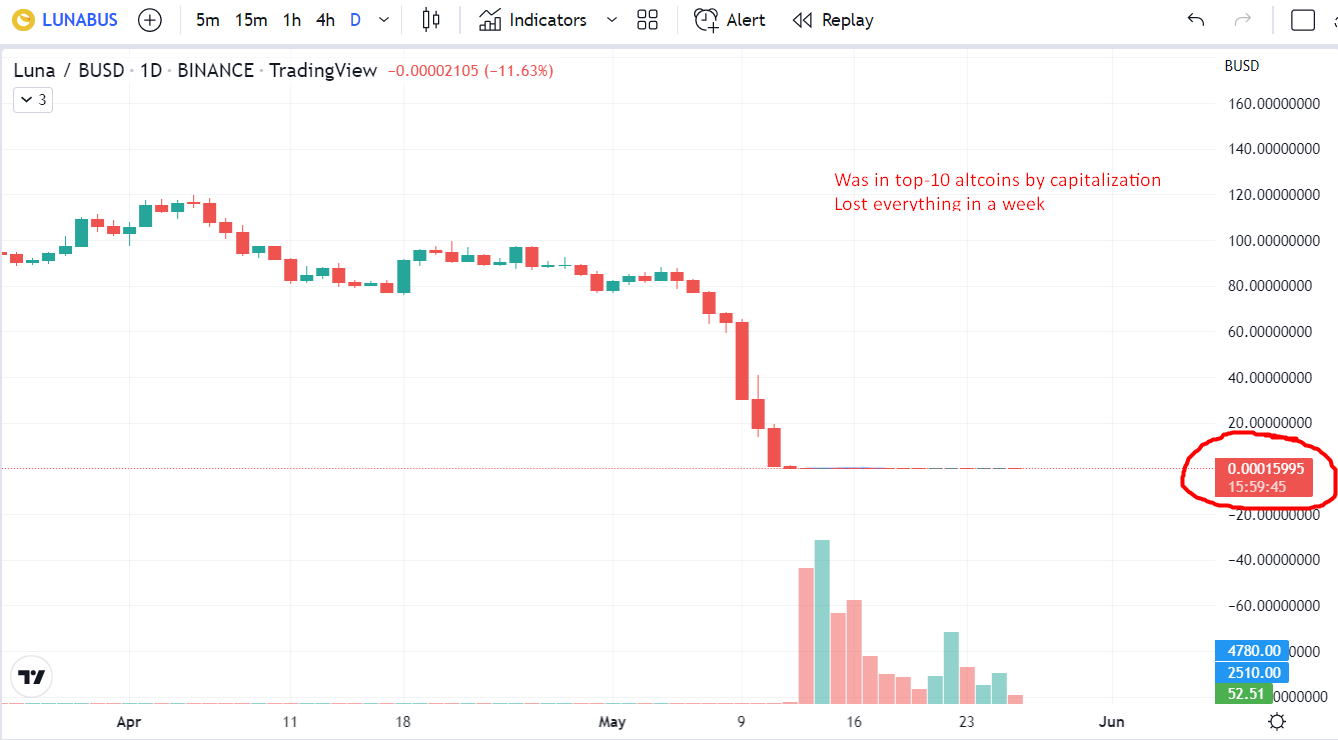 Joe gets up in the morning, and, as usual, first thing in the morning he takes out his phone and checks his portfolio on Binance. It turns out that overnight his main asset, Luna, collapsed from $80 to $5. He has lost half of his deposit, but decides it's no big deal and it's a great opportunity to average out his position. He quickly decides to borrow money from relatives, promising to pay it all back in a week. After all, if the price goes back up, he'll be a millionaire.

All day long Joe stares at the screen and watches the price, but it is not going up. Moreover, it plunges and is already trading at $1 apiece. Toward evening, the veil finally falls from his eyes, and he begins to understand the reality of the situation:

- His and his friends' life savings are lost.

- An almost guaranteed divorce after the woman learns about the lost funds.

- Years of work down the drain.

He cannot help but cry under the weight of the real facts, though he has not done so for years. A woman leaves him, taking his children with her. His parents and friends stop communicating with him. He is left alone, without any support and with huge debts behind his back.

5-7. Experiment, solution, acceptance.
Weeks, perhaps months, pass. Joe gets used to his new life. He made a mistake, paid for it, and will be paying for it for years to come. He realizes he has no choice, so he just accepts reality. All he can do now is learn from his mistakes and not make them in the future.

Ten years later, Joe has paid off all his debts and is much wiser, as evidenced by his decision to take professional training in trading before doing it again. There he learns what risk management is and lays out his plan:

- Risk per trade is 1%. You have to misjudge 100 trading situations in a row to lose your deposit, which is almost impossible.

- The minimum ratio of risk to profit is 1:3. This means that every time he is right, he earns 3% to the deposit, and it is enough for him to be right in only one out of three cases, to be at breakeven.

- You cannot lose more than 3% in a day. It forces you to choose trades more responsibly and levels out the possibility of tilt, having lost money due to emotionalism.

- You must not lose more than 9% in a week. If the market is not going your way for a couple of days in a row, then the problem is with you and your inability to adapt. It's better to take a break and come back later with a fresh perspective.

With this approach, Joe trades responsibly and learns from his mistakes effectively. In a couple of months he becomes a profitable trader and celebrates his first victories. Subsequently, he will become a successful trader and someday teach someone the miracle of risk management himself. 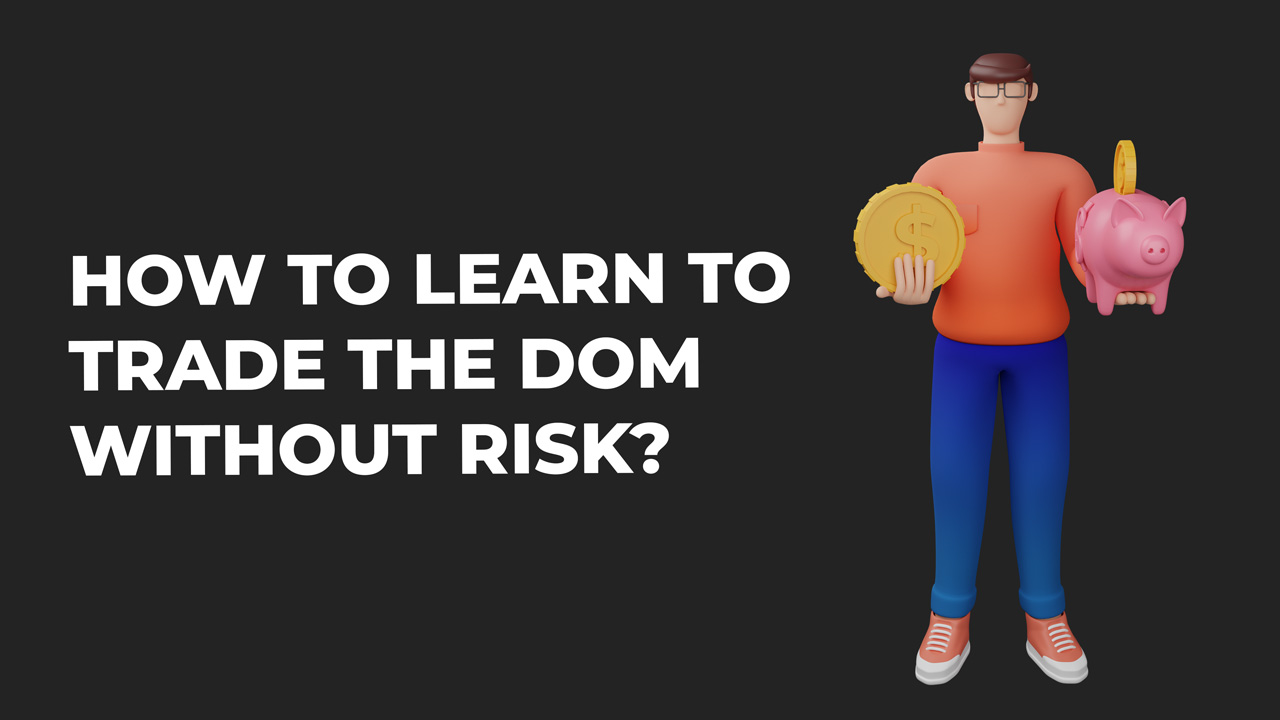 How to trade the DOM without risk? Scalping for beginners 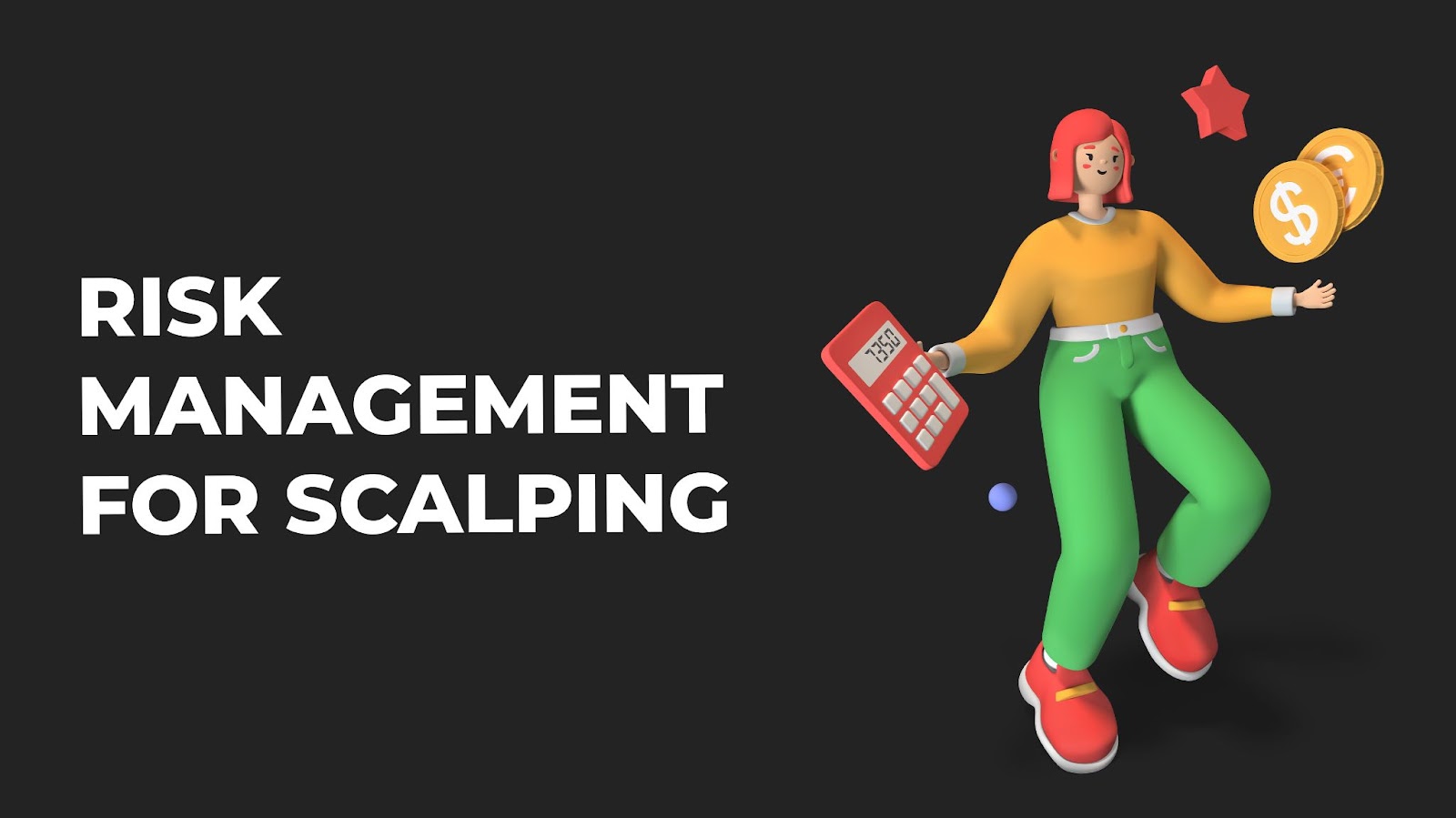 Risk management for scalping. How to save your deposit

How much money do you need for scalping?