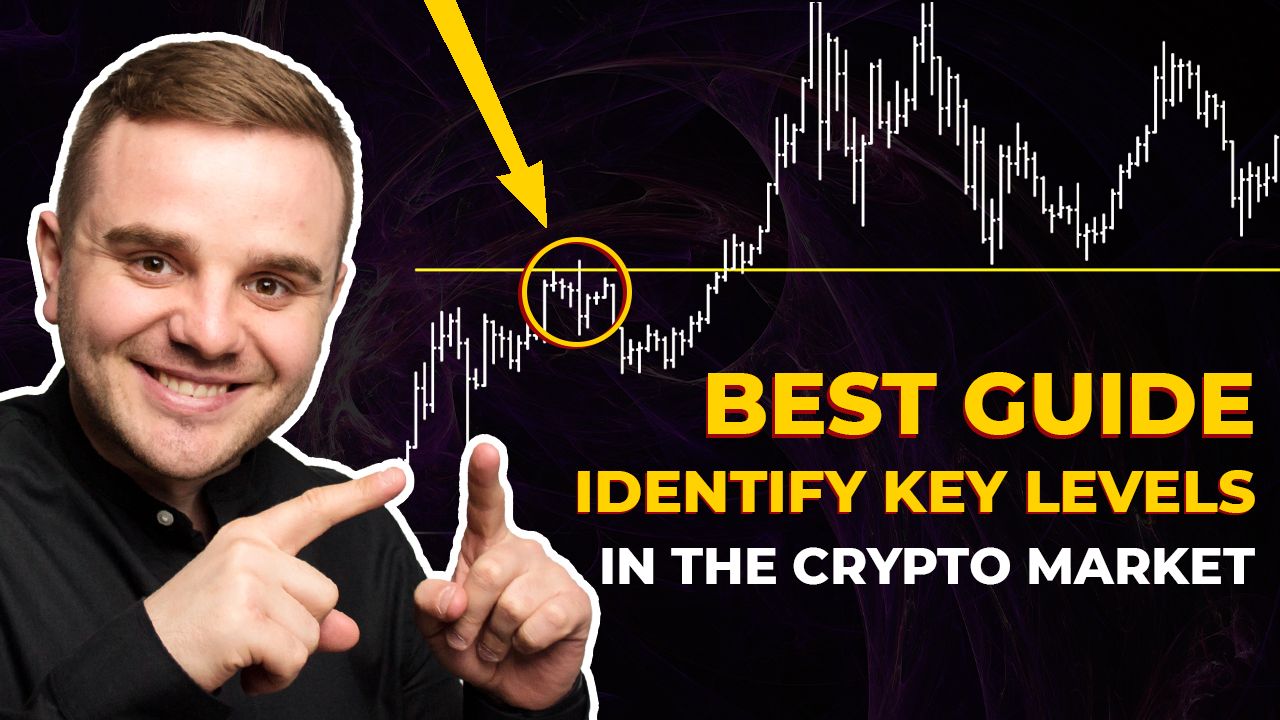 The key levels (supports and resistances) are important price levels from the psychological point of view. The levels are formed where the forces of market participants come to temporary parity, and the price, slowing its movement, often turns in the opposite direction.

As a matter of fact, the market is a crowd which acts according to certain behavioral patterns and obeys the certain rules. The market evolves and the rules change, but they are always present in one form or another. Each market movement is an impulse, a wave that has a beginning and an end. As a rule, such impulses (waves) start at one level and end at another. When trading from the level, the risk is always clear. It is minimal and we always see where to place the stop.

There are 5 most important types of key levels and today we will talk about them.

These are levels that can easily be found on higher time frames by looking at the history of assets. There is no point in looking for this level in less than a daily time frame. The rule of thumb for historical levels: the bigger the timeframe, the better. From time to time, price bounces off them in the same direction, because, as traders say, they “remember” it. Historical levels are quite strong and informative, so experienced traders always take them into account. 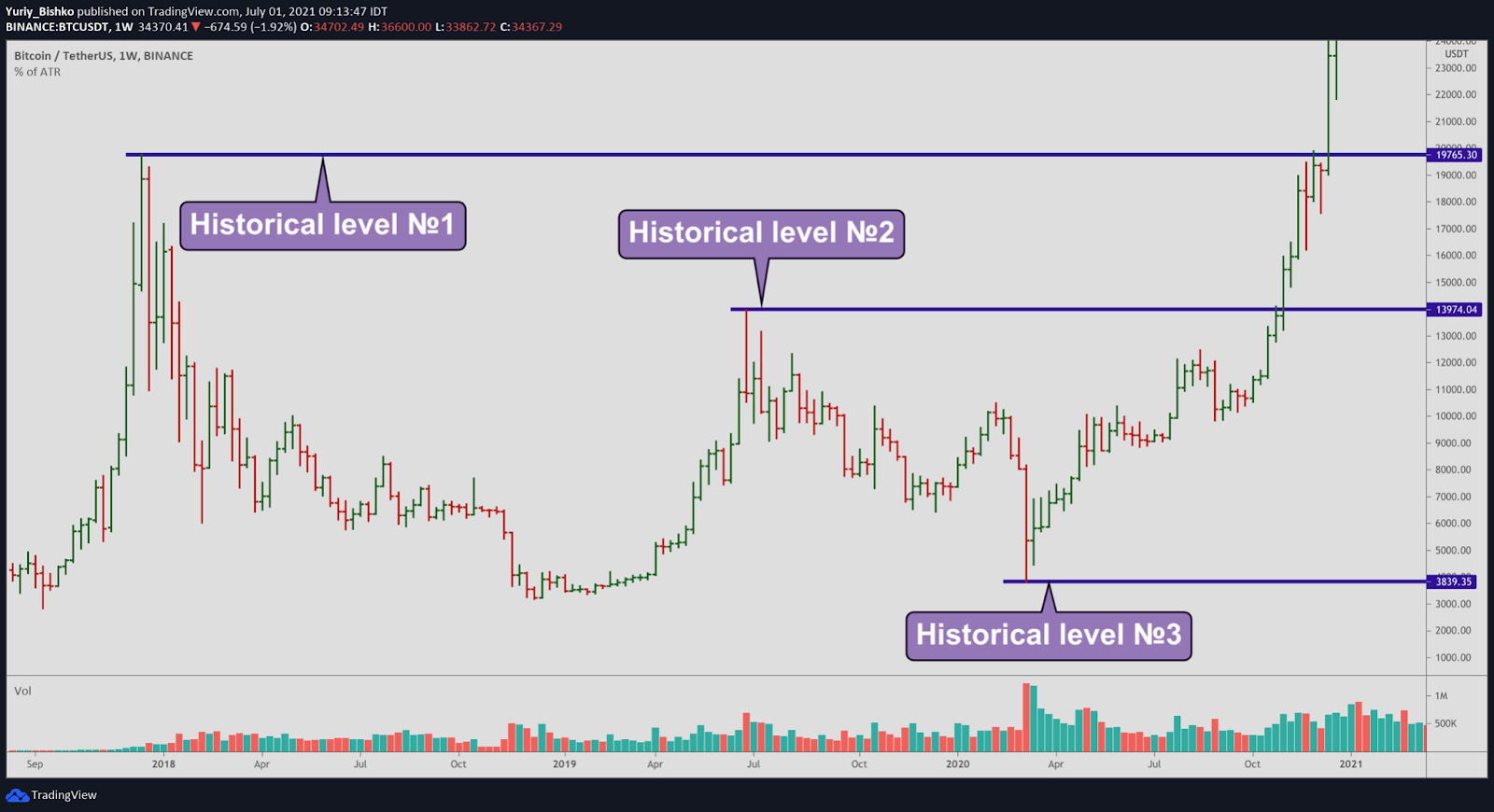 Mirror support and resistance levels occur when price bounces off of them, breaks through them and then bounces back in the other direction – that is, they are levels that change from support to resistance and vice versa. 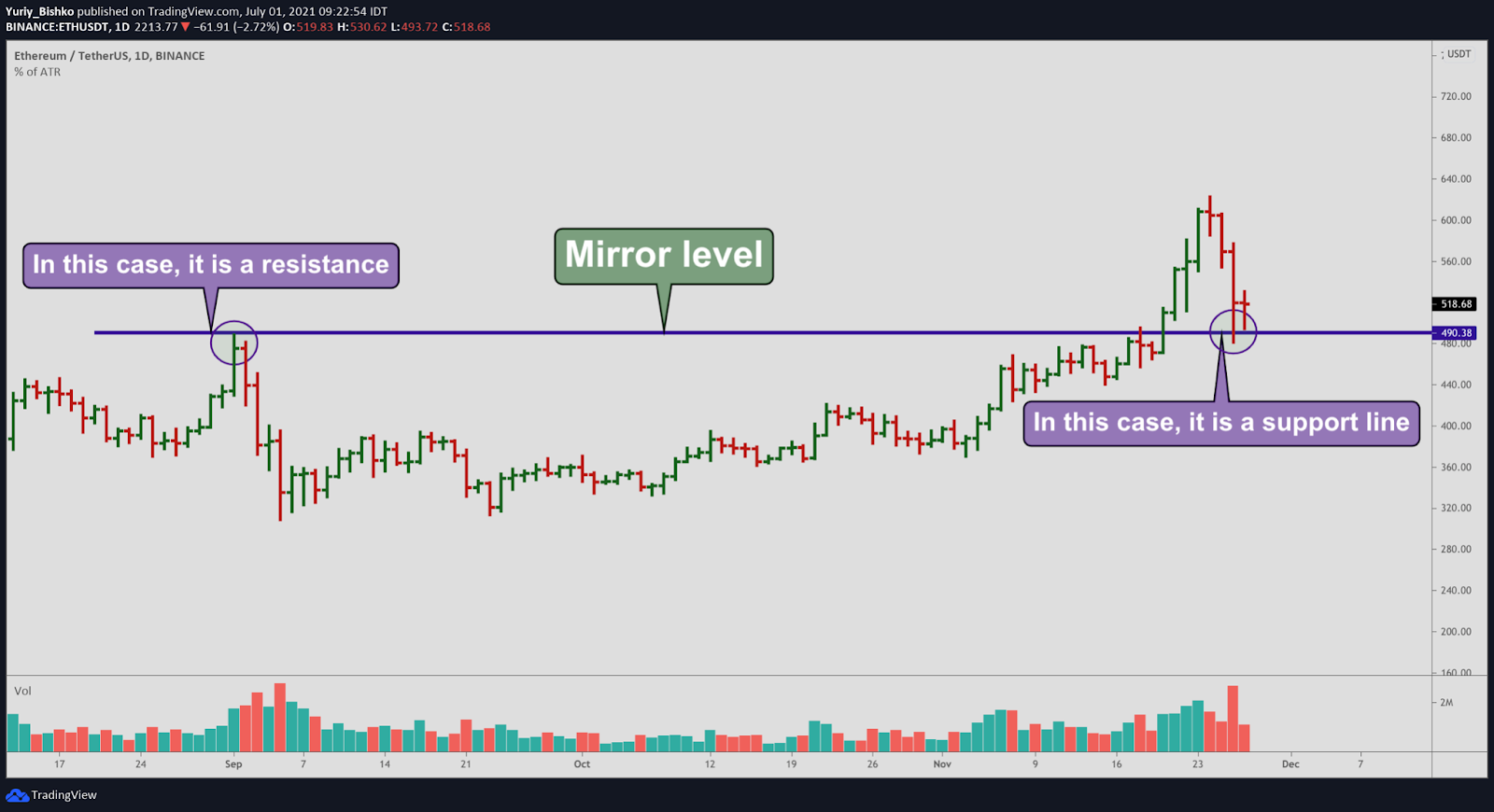 False-breaks of one or two bars strengthen the level. A two-bar breakout strengthens the level.

Before a strong move, it is common to try to drive weak players out of the market with a false breakout. After a false-break, there should be a strong momentum in the opposite directions from the direction of the false-break. In the example in the picture above, a major player would not allow the market to renew the high after a false-break. A false breakout can also be made in the form of an instrument opening with a gap. In the example it might be a gap opening above the level and then the price moves down.

If there is no impulse for the continuation of the movement when breaking through a strong level, there is a high probability that there will be a false-break. In general, a rebound works more often than a breakout, because 75% of the time the market is in a range.

If we see the situation when the bars ” squeeze ” to the level, and then there is an alignment of the bar or the next bar is below the previous bar, it means that most likely there will be a reversal. In the example in the figure below, the dynamic buyer was weaker than the limit seller.

We need to watch the price approach the level. If the price draws short bars without tails when approaching the level, the chances of level breakout increase. You should also consider how much the price has already passed within a day before it reaches the level. If it has passed 80% of its usual average daily movement, it is likely to reverse rather than break the level. 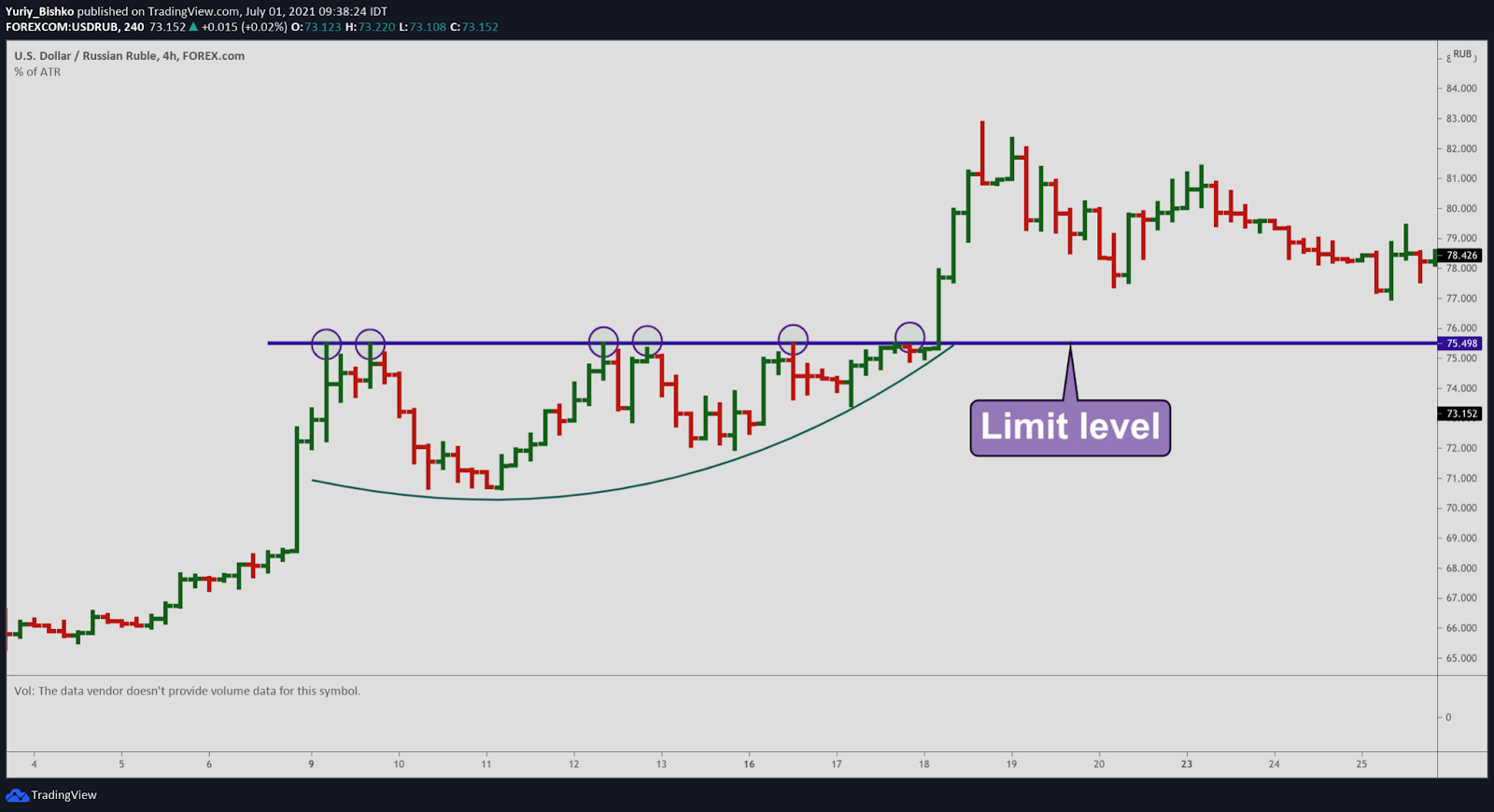 Gap level represents the value in points which is set on each separate asset, if the size of price gap is more or is equal to the given value, the order is executed on the first quotation after Gap. Otherwise at the price of the pending order. i.e. if the price rupture was not big, literally a pair of points, your order will be executed at the same price which was specified at its positioning. At a gap upwards, the price gap is obtained from the maximum of the candle to the minimum of the next one, and at a gap downwards, from the minimum of the candle to the maximum of the next one. 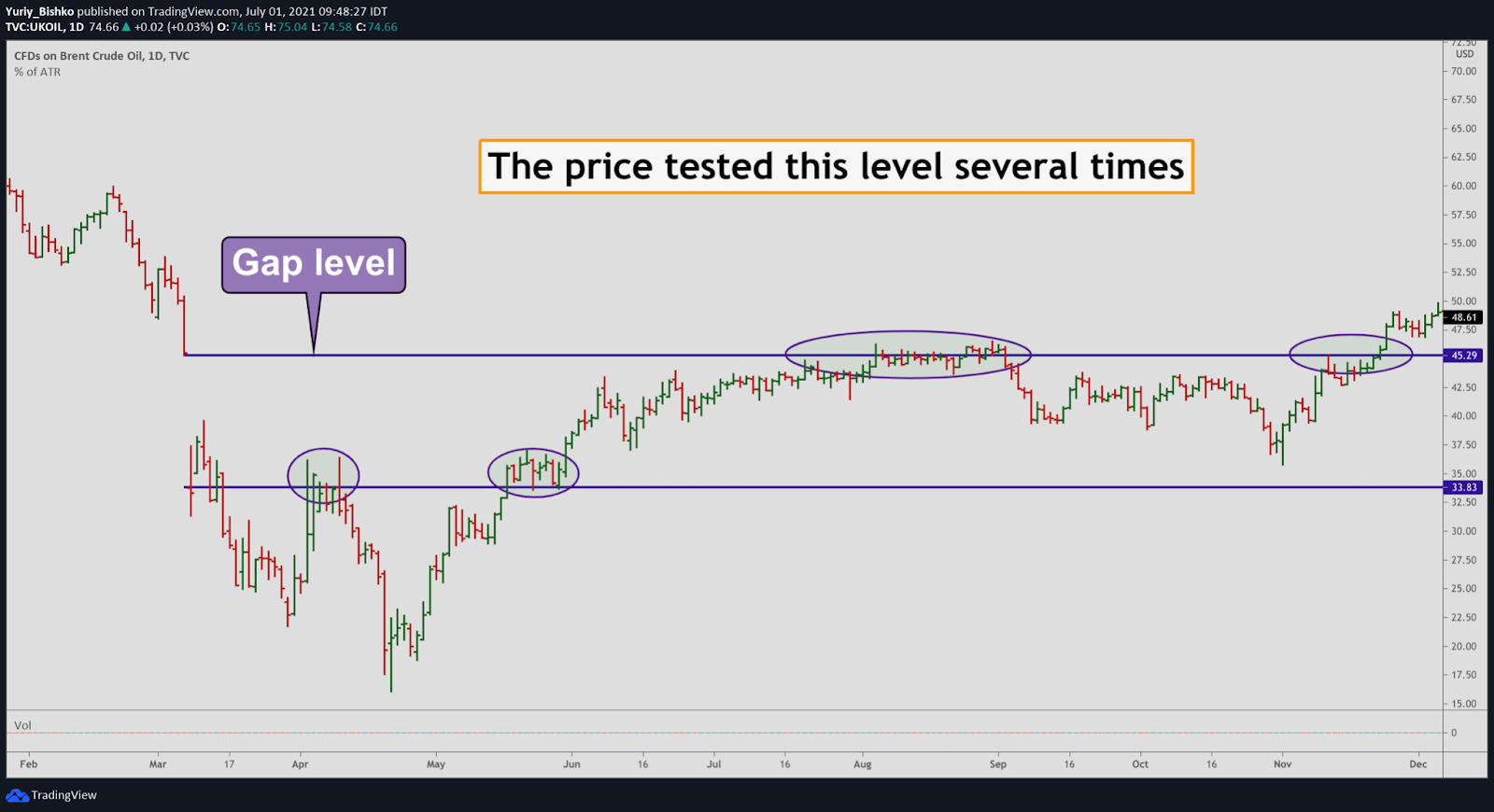 Also the level on which the paranormal bar is built is considered key. A paranormal bar is a bar that is two or more times bigger than a normal bar. If the level is formed by touching long tails, it indicates that a strong player gathers a position in order to break stops. Therefore, the level at which the stop order stands will be key. 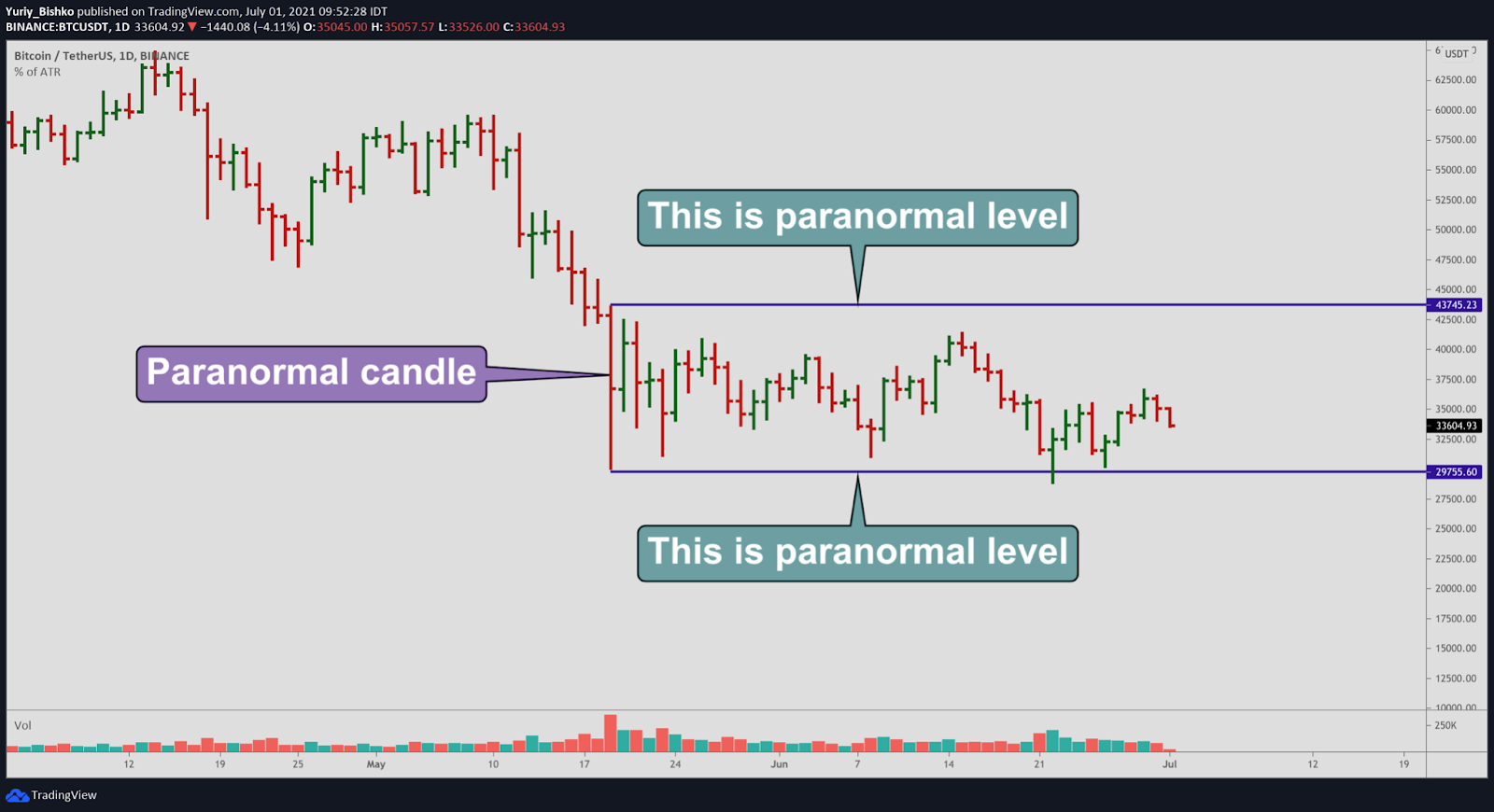