Euro equals dollar. Why will the euro continue to fall?

For the first time in 20 years, 1 euro began to equal 1 US dollar. Such an unprecedented decline of the EU economy occurred because of the war in Ukraine. This has forced thousands of investors to withdraw their money to safer places, so-called quiet havens, and the possible energy crisis, which is looming over all European countries, is pushing the price of gas higher and higher.

What are the reasons for the fall of the euro? Why is the war in Europe strengthening the dollar?

3 different factors affect the exchange rate and the further fall or growth of the euro:

More precisely, the dependence of the high-tech industry of the European Union on russian gas. Russian gas makes up 30% of all gas supplied to the EU, and Germany, the largest country in terms of GDP and the industrial center of Europe, depends on it for 40%.

The war in Ukraine forced Europe to choose between freedom of human rights and dependence on energy resources. If we take into account the fact that russia forcibly stopped the Nord Stream for "repair work", and about 50% of all gas in the EU goes through this gas pipeline, it is obvious that the choice was made in favor of freedom. Russia remains to continue the gas blackmail. 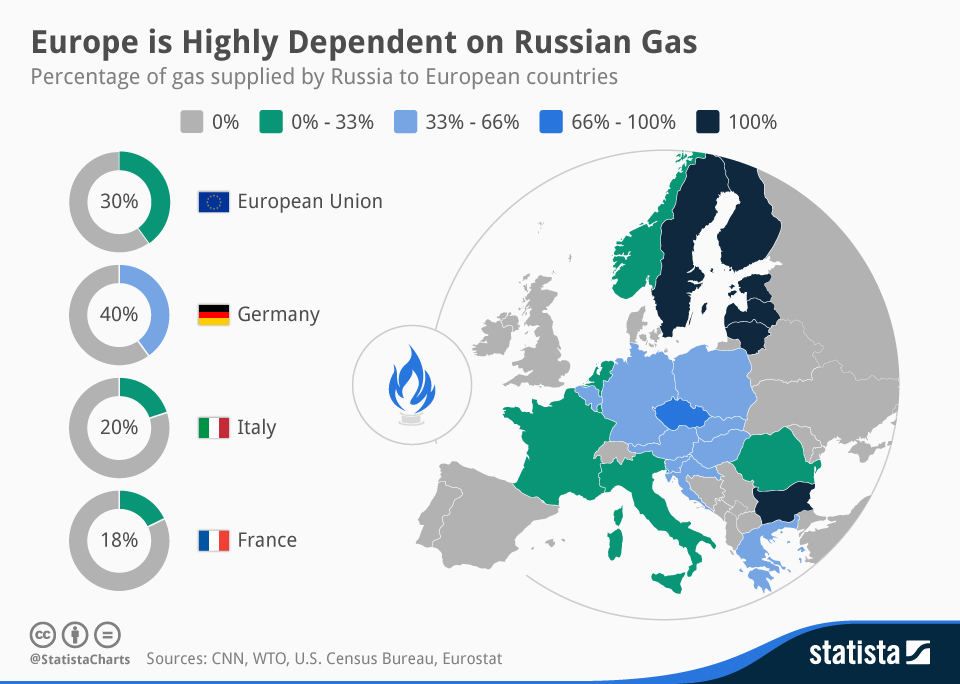 It is not for nothing that the gas issue was raised first. According to experts, in order to abandon russian gas, it is necessary to: build new gas terminals, lay out logistics from the ports to the enterprise. It may take up to 2-3 years, and what will the EU do if the gas is still cut off?

The USA, on the other hand, increased its supply of liquefied gas to the EU countries to a record. High energy prices not only in the EU, but also in the world, allow the USA to earn additional income and strengthen its own economy.

2. Record outflow of investments from Europe.

The US has become a haven for most investments in Europe, and some US funds have started shorting European stocks and indices, profiting from the decline. 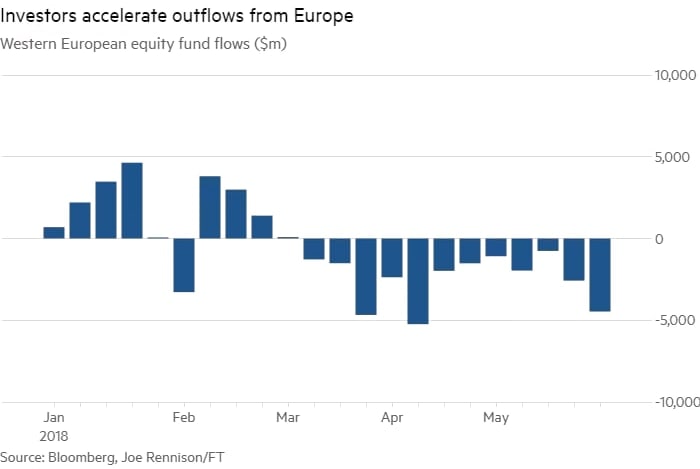 Investments are not only money, but also human capital, company offices. Companies moving to the US will pay taxes there, and employees of these companies will spend their money there. The outflow of investment in the US, both monetary and human, strengthens the dollar and weakens the euro.

After the USA "printed" 9 trillion dollars in 2020, a quarter of all existing US dollars, a "fever" began in the world economy. This depreciation of the currency caused by the release of large amounts of money led to high inflation. According to the latest data, consumer inflation in the US is at the level of 9.1%. This is a record for the last 40 years! 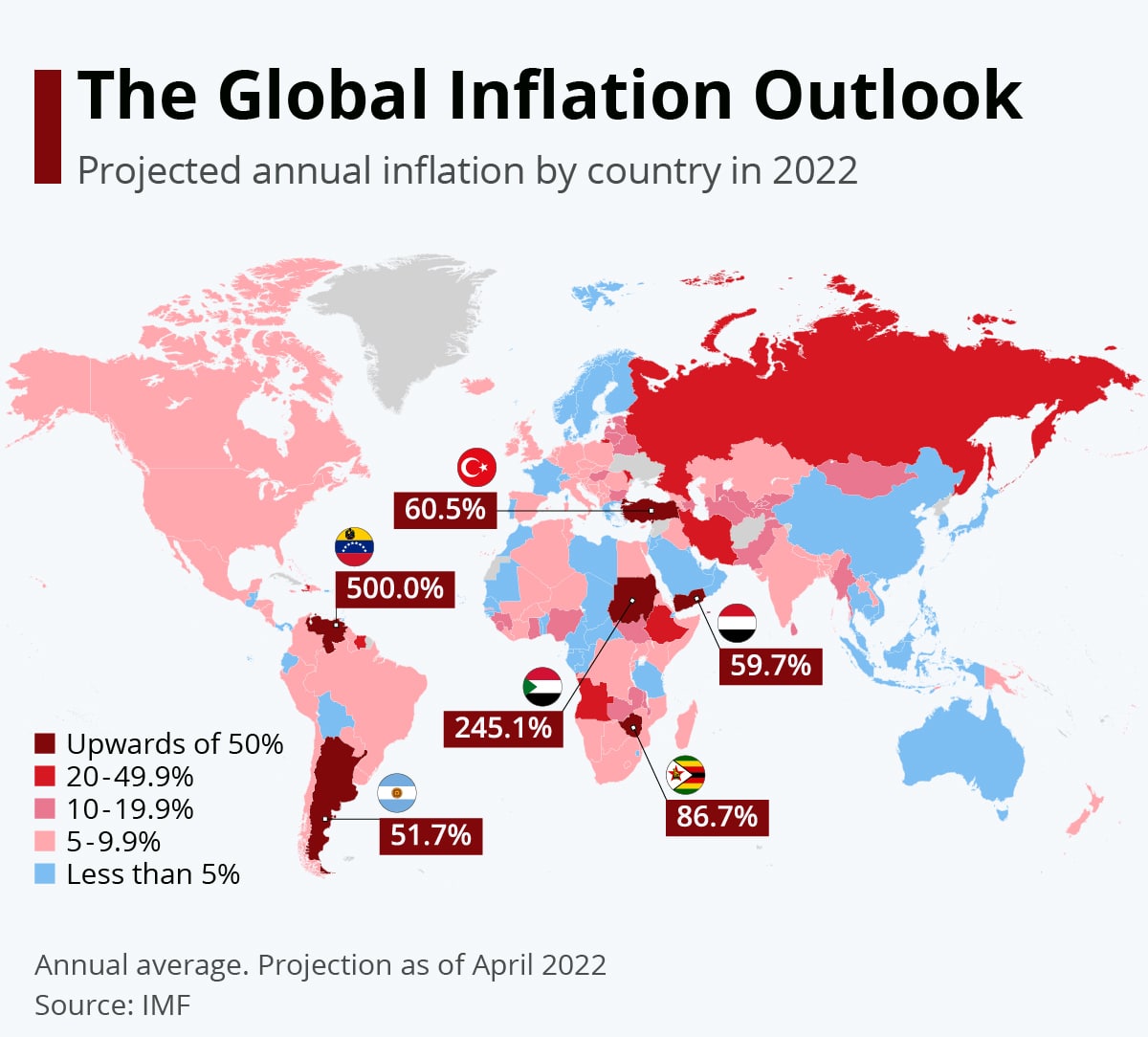 But what is the connection to the euro? The fact is that the US dollar is the largest world currency and most countries of the world keep their "savings" precisely in dollars because of the stability and ease of exchange with other countries.

With inflation (depreciation) of dollars by 9%, the solvency of the reserves of other countries, which kept their "reserves" in dollars, fell. Different countries of the world lost 9% of their savings.

To compensate for the losses, most countries turned on the printing machines and issued an additional amount of national currency to cover these losses thereby increasing the inflation of the already national currency of the country. 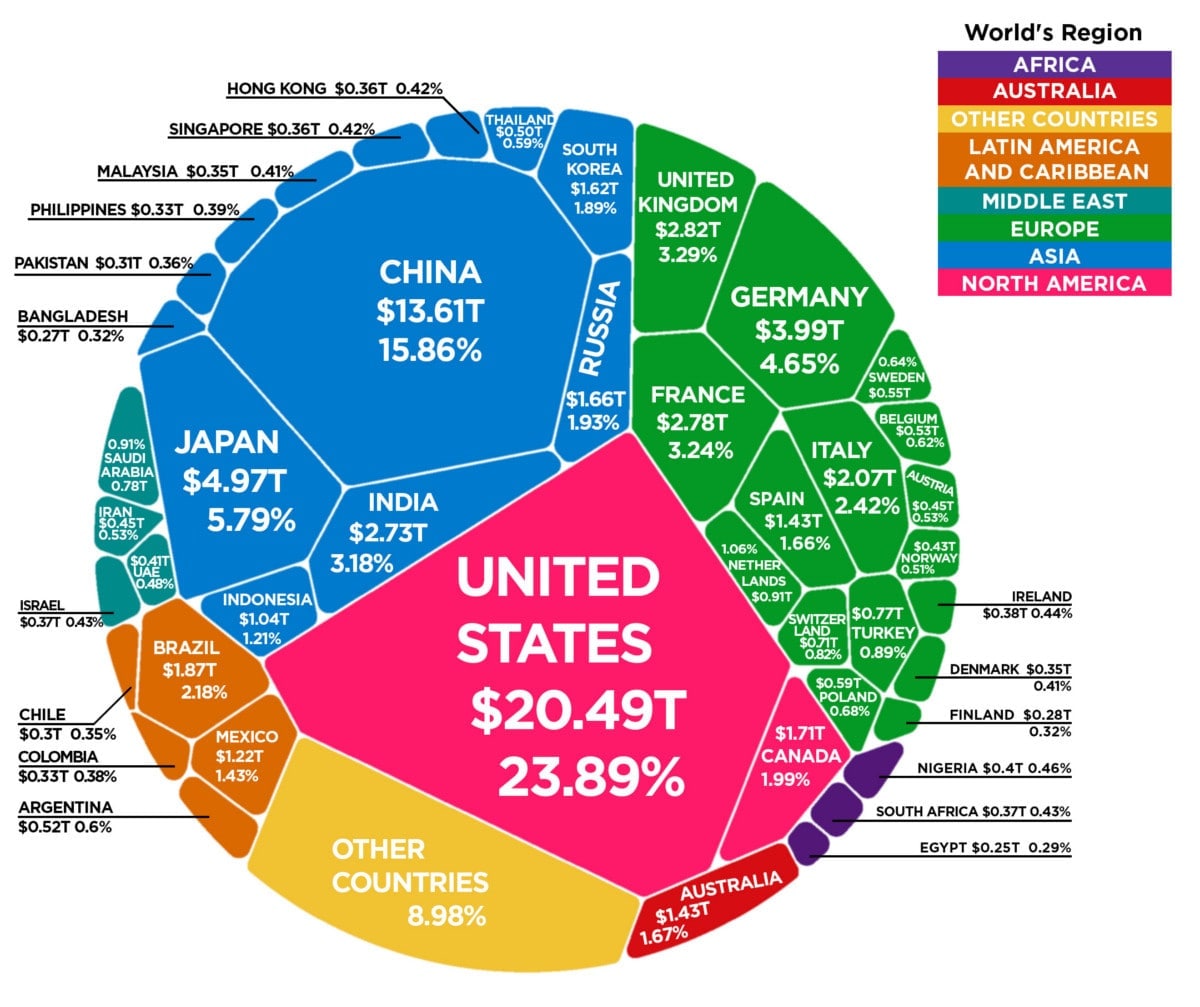 The GDP of the USA (the picture above) is $20.49 trillion, and the entire EU is about $15 trillion. Since a significant amount of EU countries' reserves were kept in dollars, they also had to "print" money, which led to inflation and additional pressure on the euro exchange rate.

Forecast for the euro exchange rate

The last time there was parity (equality) between the courses about 20 years ago. During this time, the euro grew to the rate of 1.7 dollars/euro. With the start of the war in Ukraine in 2014, the situation with the exchange rate began to deteriorate, and after the start of a full-scale war in 2022, the euro has already managed to fall even below 1 dollar.

Analyzing the price chart, traders identify a trend line that can receive a price and the euro can “bounce” by 5-10%, but the situation should worsen from September, when it will be finally clear what the state of gas storage in Europe is and whether the EU countries are ready for winter. 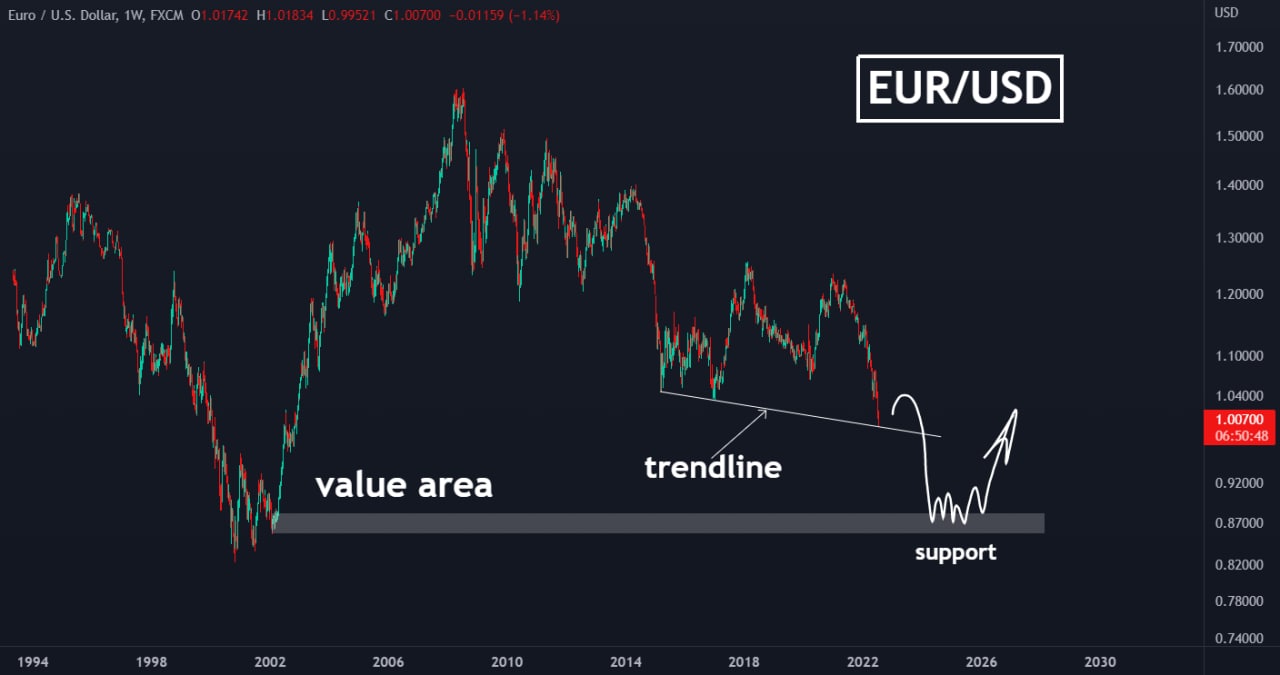 Of course, recession and inflation significantly affect exchange rates in all countries, but the war itself is the main reason for the fall of the euro. Therefore, the sooner the war ends and a long-term peace is concluded, the sooner the euro will begin to strengthen, and investors will begin to return to the European continent. Since most of them are now in uncertainty due to the war, with gas shortages for the population and industries, the euro will continue to fall lower and lower, while the dollar, at the same time, is strengthening. And it is strengthening at the expense of Europe, including. 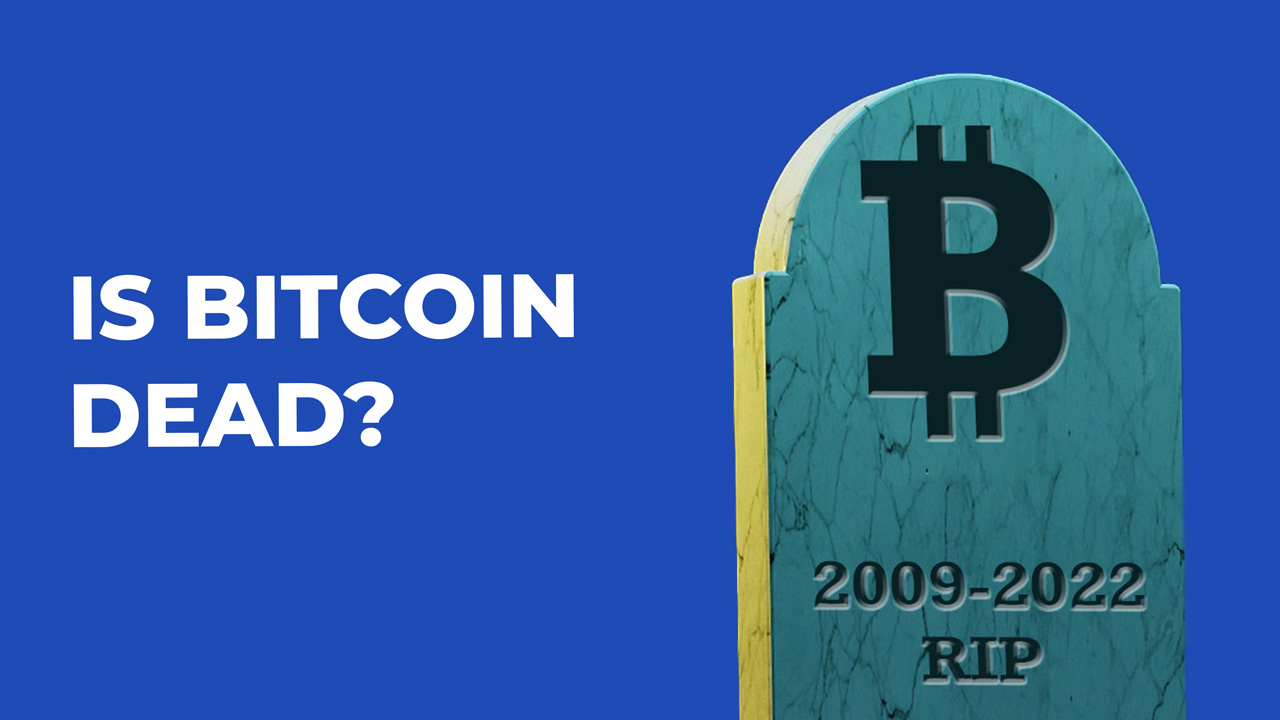 Is Bitcoin dead? Top 3 reasons why Bitcoin is not dead! 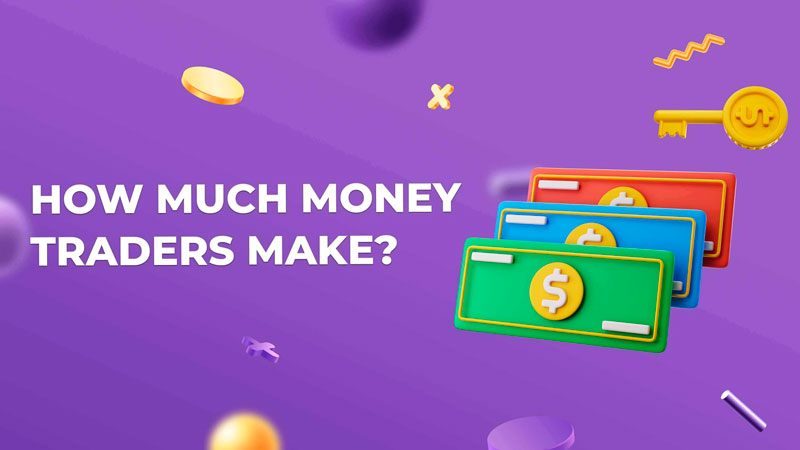 How much money do crypto traders make? 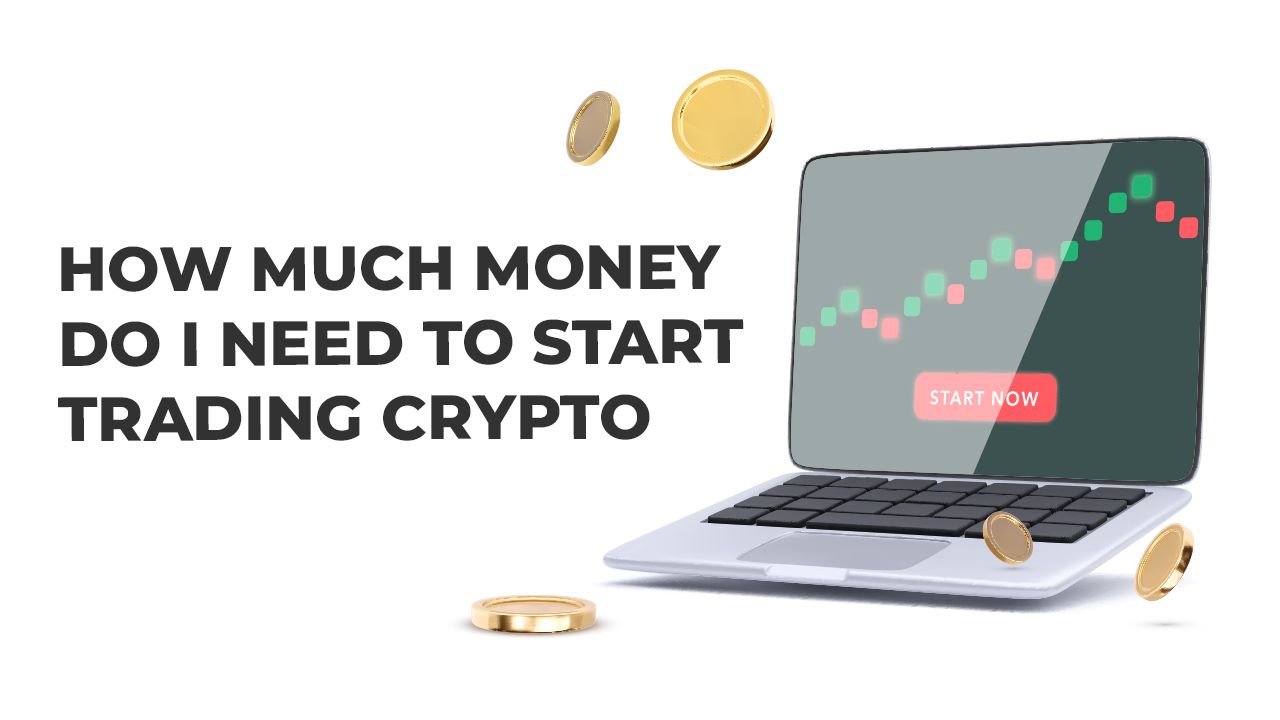 How much money do you need to start trading crypto?